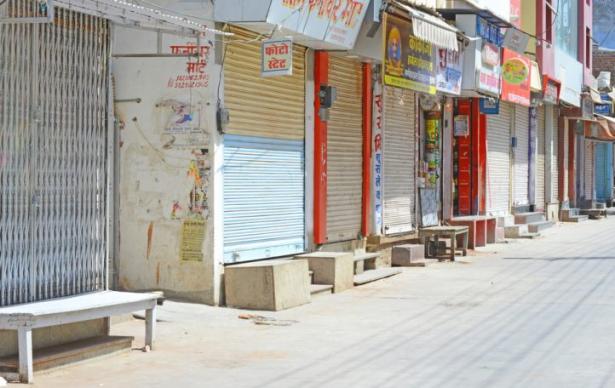 India’s far-right government is focused more on PR than prevention. Brave independent reporters are calling it to account.

While the coronavirus has focused much of the world on Europe and the United States, India may eventually prove the hardest-hit victim of the disease.

But other than a slick public relations campaign, the government of Prime Minister Narendra Modi has done little to confront the crisis. Indeed, a number of policy moves by Delhi have likely fed the spread of the dangerous virus.

When Modi announced a 21-day nationwide shutdown on March 24, he did so without any warning. Almost before the prime minister had finished talking, panicked city residents — mostly middle class — poured into the streets to stock up on food and medicines, almost certainly accelerating the spread of COVID-19.

The shutdown instantly made tens of millions of people jobless, setting many of them in motion toward their home villages. Since public transportation has been shut down, that involved journeys of over 300 miles. And because many villages are blocking outsiders, where migrants will get food and water is anyone’s guess.

Except for a few independent news sources, much of the chaos set off by the March 24 orders has gone unreported. Using a combination of financial pressure and outright censorship, Modi and his right-wing Bharatiya Janata Party (BJP) have silenced much of the media. Newspapers and broadcast outlets are finding that criticism of Modi or the BJP results in the loss of government advertising, a major source of revenue. Modi has also filed expensive and difficult to fight tax cases against opposition media outlets.

In the case of the coronavirus, the government got the Supreme Court to order all media to publish the “official version” of the health crisis, which, in practice, has meant feel-good stories.

The success that the BJP has had in corralling India’s 17,000 newspapers, 100,000 magazines, and 178 television news channels has been sharply condemned by media organizations. Reporters Without Borders rates India a lowly 140 out of 180 countries on its press freedom index.

Reporting on the Rural Poor

Modi has led a high-profile campaign to create a regional response to the COVID-19 crisis.

On March 15, Modi convened a teleconference of the South Asian Association for Regional Cooperation (SAARC) to create a coronavirus emergency fund and exchange medical information. On March 26, Modi expanded the effort to draw in the G-20, an international forum of wealthy governments and banks that includes the European Union.

But there is suspicion that Modi’s regional and international efforts have more to do with repairing his government’s reputation than confronting the health crisis.

Modi’s unilateral seizure of Jammu and Kashmir in violation of the Indian constitution — and subsequent crackdown on any and all opposition to the takeover — was widely condemned internationally. The recent move by the Modi government to redefine “citizenship” in a way that excludes Muslims has also been widely criticized. The United Nations High Commissioner for Human Rights, Michelle Bachelet, called the law a violation of several international agreements that India is a party to.

There has been scant follow through by Modi with either the SAARC or the G-20, and the government has done little at home. India’s public health system is fragile at the best of times, with only 0.5 hospital beds for every 1,000 people. In contrast, Italy has almost seven times that figure.

But that doesn’t mean Modi is getting a free pass at home.

One important independent outlet reporting on the Covid-19 crisis has been Rural India Online, part of the People’s Archive of Rural India (PARI), a network of reporters and photojournalists who report on the rural dwellers who make up 70 percent of the population.

P. Sainath, PARI’s founder and editor — and winner of the prestigious Ramon Magsaysay Award and Amnesty International’s Global Award for Human Rights — is sharply critical of the Modi government’s actions. PARI’s reporters have covered what the mainstream media has been intimidated from reporting: the massive number of poor who have taken to the roads to return home, cancer patients sleeping outside of hospitals in the hope of getting treatment, and day laborers who cannot afford to miss any work. One told PARI reporter Shraddha Agarwal, “Soap won’t save us if we die of hunger first.”

PARI reporters have also done a number of stories on India’s sanitation workers, few of whom have been provided with gloves or masks. “The government is saying clean hands constantly,” Mumbai sanitation worker Archana Chabuskwan told PARI reporter Jyoti Shinoli. “How do we do that?” Hand sanitizers are too expensive (Chabuskwan makes just $2.63 a day), water supplies are iffy, and social distancing is impossible. “We have to share a public toilet with hundreds of people.”

If sanitation workers do get sick — or, for that matter, any of Mumbai’s 20 million residents — they are in trouble. Government hospitals currently have 400 ventilators and 1,000 intensive care beds available for the entire city.

India’s health crisis is longstanding. And while the actions of the Modi government will almost certainly worsen the current crisis, for the past 30 years Indian governments — right and center — have cut back on health care and privatized much of the system.

“We have one of the lowest health expenditures — barely 1.2 percent (as a share of the GDP) in the world,” writes Sainath. Almost a quarter of a million Indians die each year of tuberculosis and 100,000 children from diarrhea. The U.S. spends about 17 percent of its GDP on health.

According to Sainath, “Health expenditures across India today are possibly the fastest growing component of rural family debt.” A study by the Public Health Foundation of India found that in 2011-2012, some 55 million people had been impoverished by health costs, 38 million by the cost of medicine alone.

That is what a substantial part of India’s 1.3 billion people face as COVID-19 ramps up, and they are unlikely to get much help from the BJP or Modi.

When China finally went public with the dangers posed by the coronavirus, India was convulsed with sectarian riots touched off by some of Modi’s cabinet members. Over 50 people were killed in New Delhi and hundreds injured as rightwing mobs organized by the Rashtyria Swayamsevak Sangh (RSS) rampaged through the streets.

The RSS — an organization that philosopher and political commentator Aijaz Ahmad describes as the “oldest, largest and most successful far-right group in the world today” — is the real power behind Modi. The BJP is largely a front for the RSS, a Hindu fundamentalist organization that is “profoundly hierarchical and secretive,” according to Ahmed.

The top-down, no warning decree on the corona virus is typical of the way the RSS functions. In 2016 — again, with no warning — Modi unilaterally canceled all 500 and 1,000 rupee notes, throwing the country into currency chaos and further impoverishing large numbers of poor Indians.

The RSS’s major goal is the creation of a Hindu-centered state, and it is not shy about using violence to do that, either of the mob variety, or by assassination. Gunmen have killed several prominent opponents of the RSS over the past several years, killings that have never been solved.

The focus on religion has skewed the government’s priorities. The chief minister of India’s most populous state, Uttar Pradesh, spent $91 million to build a huge statue of the god Ram, while short changing emergency medical facilities.

With much of India’s mainstream press either co-opted or cowed, it is alternative sources like the People’s Archive of Rural India that has picked up the slack and reported what is happening to the vast majority of Indians that live outside the huge metropolises, as well as what slum dwellers and city sanitation workers are facing.

An End to Impunity?

So far, Modi and the RSS have avoided having to answer for the increase in violence and the social priorities that have widened the gap between rich and poor. But COVID-19 may change that.

The PARI has put forth a series of demands to address the current crisis, including the immediate distribution of surplus grains, a shift from cash crops to food crops, and the nationalization of private medical facilities nationwide.

The COVID-19 crisis is the third disease to go pandemic since the great 1918-20 flu, which may have killed up to 100 million people. But climate change is producing conditions that favor the growth of diseases like the corona virus and vector-driven pathogens like dengue and malaria.

The next pandemic is just around the corner, and unless there is a concentrated effort to make health care a human right, it is only a matter of time before the next mega-killer strikes.

Conn M. Hallinan is a columnist for Foreign Policy In Focus, “A Think Tank Without Walls, and an independent journalist. He holds a PhD in Anthropology from the University of California, Berkeley. He oversaw the journalism program at the University of California at Santa Cruz for 23 years, and won the UCSC Alumni Association’s Distinguished Teaching Award, as well as UCSC’s Innovations in Teaching Award, and Excellence in Teaching Award.  He was also a college provost at UCSC, and retired in 2004.