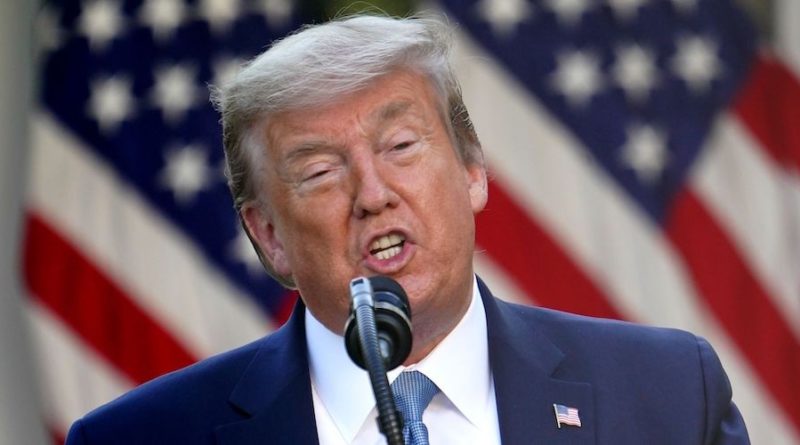 Business leaders who took part in a series of calls with the president expressed fears they could be liable if employees went into work too early and got sick.

An attempt by President Donald Trump to enlist the assistance of private business leaders in his efforts to reopen the U.S. economy by early May was panned as a failure by participants and observers alike as the White House response to the coronavirus pandemic appears set to make an economic crash worse.

“He’s got to stop talking about turning the economy back on and start talking about making people feel safe, things that are happening around testing, and the health care system,” one CEO who commented anonymously for fear of White House reprisals told Politico. “That’s the only way you will really get the economy reopened over a period of time.”

The meetings and rollout of the president’s “Opening Our Country Council” were reportedly beset by confusion and chaos as the White House announced a series of calls with executives on Tuesday night without consulting participants, many of whom had preexisting commitments on quarterly earnings they could not reschedule.

Some business leaders had no idea that Trump was placing them on his 'Opening Our Country Council’ until they heard him announce it.https://t.co/uoGLY3i6tC pic.twitter.com/rA3DGJlPzO

According to the New York Times, CEOs on a series of White House calls were most concerned about the lack of testing, which would make people feel less safe even in the event of a reopening, and the possibility company leadership could be held liable for putting employees back to work before it was safe:

Mr. Trump opened the call by saying that “testing is under control” in the country. But after each executive was given a minute or two to provide his or her overview of what was needed to reopen the economy, there was a wide consensus that more testing was needed before the economy could reopen, according to two people who participated on the call. Among those who made the point that the testing was necessary to track who was infected and who might have immunity before returning employees to work sites was Jeffrey P. Bezos, the chief executive of Amazon.

Another issue of great concern to the executives on the call, one participant said, was the need to address the liability companies could face if employees got sick after returning to work, given the possibility that workers who felt that they were brought back too soon—or were not placed in a safe environment—could sue en masse.

“CEOs will go along with Trump’s plan to force employees into workplaces against the advice of public health experts, killing many—for the sole purpose of juicing the stock market and his re-election effort—but only if workers have no legal recourse,” Crooked Media editor-in-chief Brian Beutler noted on Twitter.

As Vanity Fair reported, Trump’s council on reopening the economy has already gone through a number of changes in just days:

Earlier this week, it looked as though Donald Trump, in all his infinite wisdom, had put his daughter and son-in-law on the council advising the White House on when to “reopen” the country. Given the president’s long history of putting the dynamic duo in charge of matters they have literally no business being anywhere near, and his claim that Ivanka has single-handedly created 15 million jobs, the development appeared unsurprising if not completely absurd. Luckily, it seems that someone with some ounce of sense intervened, and told Trump he should probably speak to a few actual business executives, if not real-life economists. And what do you know? Those people have apparently told him it would be absurd to get back to regular life before the government has hugely increased testing capabilities.

Progressives derided the latest failure by the president to put together a coherent response to the ongoing economic and public health crises brought on by the pandemic and noted the reporting from the Times on the calls and task force had highlighted concerns from CEOs that they could be liable for forcing employees back to work.

“An utter shit show described here,” tweeted Talking Points Memo’s Josh Marshall, adding readers should note the desire from CEOs “to be immune from liability if employees are forced to go back to work and get sick and die.”