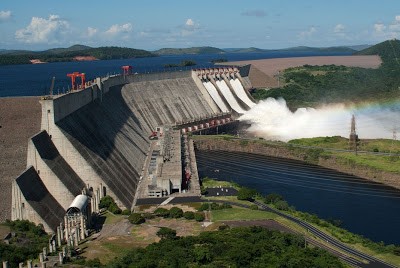 In twenty, thirty or fifty years, whoever reads the history of what is happening in Venezuela in 2019 will know many things that we do not know today, and maybe they will think one of two things about us:

Today is April 3, 2019. A little over 2 months ago, a deputy named Juan Guaidó proclaimed himself president of Venezuela before a public demonstration, in a country where just a few months ago we chose Nicolás Maduro as the true and only President of the Republic. This “self-proclamation” of Mr. Guaidó would not have had greater repercussions if it were not for the fact that the United States, the dominant power in the world, decided to give its support a few minutes after the self-proclamation.

In the middle of this, in March there had been several very serious problems with the National Electric System, which is highly dependent on the hydroelectric power plants installed in the Caroní River: when these  dams fail, and for some reason, the thermoelectric plants that exist in several states of the country also fail, the Venezuelan capital and most of the states of the country go without electric service.

The origin of the failures is attributed by the government to cyber attacks to two control centers, attacks with electromagnetic pulses to transmission lines, arson and sniper fire. The opposition has ridiculed these statements, saying that we take them out of spy movies or science fiction, and that only very ignorant, credulous or paid people may be believing those stories.

But the truth is that all these technologies exist today, and precisely that Empire that wants to seize us as a resource-rich country, located in what they consider their “backyard”, dominates all these technologies and is able to use them for military purposes. There is a US Cybercommand capable of making cyber attacks on infrastructure; there are electromagnetic pulse weapons, so Donald Trump himself recently issued a decree to protect the electrical installations of his country against these attacks. And nobody doubts that the United States has snipers of very good quality and several agencies capable of carrying out sabotage and attacks against the countries that it considers its “enemies”.

The only problem is that we are asked to believe in all this without further evidence. I wish there was a company or a group of specialists in cyber attacks that showed us the logs, records and traces of cyber attacks. Hopefully an electrical specialist will show us the effects of the electromagnetic pulses in the transmission lines. I hope some criminologist will show us the effects of the shots that started the fire in the transformer yard of the Guri power plant, even the bullet holes, which would help us to convince to the skeptics that are inside and outside the country, about these serious attacks that are causing so much suffering to the Venezuelan people and that undoubtedly violates our human rights and our desire to progress and overcome adversities.

For now, these proofs have not been shown to us. Basically, those of us who believe in these attacks are doing it more by faith than by physical or technical evidence. Just as those who reject it, they also do it more to contradict the government, than because they really know what happened.

Why do many of us continue to believe in attacks on the electrical system?

First, because it is not a lie that the United States government is desperate, wishing to regain control of Venezuela and its immense resources.  And they are capable of doing anything.

Second, because even if it were not true that there was a cyber attack, or electromagnetic pulses or sniper fire, that does not rule out that there is sabotage.

Sabotage is not necessarily done by a masked man, who enters a place at night hanging from a rope to cut some cables.

Sabotage can be done by a manager or a mid-level worker, when he pretends to “forget” to hire maintenance equipment.

Or when requests for equipment maintenance and repair arrive, and you simply “forget” to pass them on to whom it belongs.

Or when, pretending that they are honest and loyal professionals, they receive the assignment of renewing equipment, and what they do is steal the immense budgets and leave the country.

Or when he denies the budgets alleging that there is no money, and does not make the slightest effort to request additional funds, or state the seriousness of the situation to whom it corresponds.

Or deny the increases to their workers, deny them some kind of support (bonuses, etc.), deny them access to important supports in the midst of this crisis (such as the CLAP food boxes), do not visit them to boost their morale, he does not listen to them, he places despotic supervisors who mistreat and harass them until they leave.

Or when he raises all the requirements for those technicians who have critical knowledge, ends up demoralizing and deserting them, to replace them with others who do not have the proper training, because the experience of many years of work is invaluable and must be adequately rewarded.

And yes, there can also be workers, technicians and former workers willing to sabotage in the most basic ways: entering facilities to damage them, cutting and stealing cables, destroying transformers, or doing things that cause damage to a computer after a while, etc.

Any saboteur can take these actions out of conviction, through negligence or because they are paying him to sabotage. And the United States has shown that it pays very well, when it is interested in a country like ours.

Although I also firmly believe that, for every internal saboteur, there must be no less than 20, 30 or 50 loyal workers willing to do things right, who have helped solve the problems we have faced in the electrical s

ystem and who we consider heroes .

A Venezuelan manager really worried about resolving situations like these, must move heaven and earth to ensure that vital equipment receives maintenance. Go and talk to your boss, or your boss’s boss, or whoever is above. He stands in his office to wait for them. Send emails or Whatsapps to everyone who competes. Try talking to political leaders to explain the seriousness of the situation. If he has to go himself to cut the weeds of the strategic places to prevent fires, he does it.

Of course, this should not be what should be;  what should be is that things work in regular ways, and that those who have to do their work do so. However, if these ways do not work, no one can resign themselves and sit in a corner to do nothing; You have to keep looking for ways to solve problems!

Is this the case in Corpoelec? I do not know. But they have to investigate it in depth, and create the mechanisms so that these recent events never happen again.

In any case, we know that, if the United States had taken any kind of action to overthrow the Venezuelan government (for example, causing intentional damage to our electrical system), it would never assume them frontally and publicly . I would simply deny having done so and I would suggest that the fault lies with the Venezuelan government itself for its incompetence, corruption, etc. And that is, exactly, what the US government is saying about Venezuela at this moment, which is why the alarms within our minds resonate even more.

I sincerely hope that the Venezuelan government not only gets us over this situation,but that corrective to the problems of lack of maintenance and supervision that may exist, as well as low salaries to technical staff and those who have the knowledge to solve problems in strategic places of the country. And that the workers are heard and any serious problems they raise are solved.

Having appointed an expert in the area as the new Minister of Electric Power is, without a doubt, a very important first step.

So, if you are reading this 20, 30 or 50 years after the blackouts and power failures in Guri, I can only tell you this: at this time, I do not know with absolute certainty if cyber attacks, electromagnetic pulses and rifle attacks were real. Yes, I believe them very feasible, and I also believe that there are very ruthless people, capable of doing this and other types of attacks, driven by an Empire that has already demonstrated with other countries how far it is able to reach in order to seize our nation and our resources.

I look forward to the publication of the evidence of the attacks, not only to convince other people, but because it is very important that Venezuela can denounce these cases before international bodies, and that this suffering that is being caused to the Venezuelan people does not go unpunished.

But, if perhaps some of these attacks were not real, or if the evidence could never be obtained or published for one reason or another, I will not stop ratifying my firm position, of being against the American Empire and its intentions against Venezuela, and to put myself on the side of those who fight against this Imperialism.