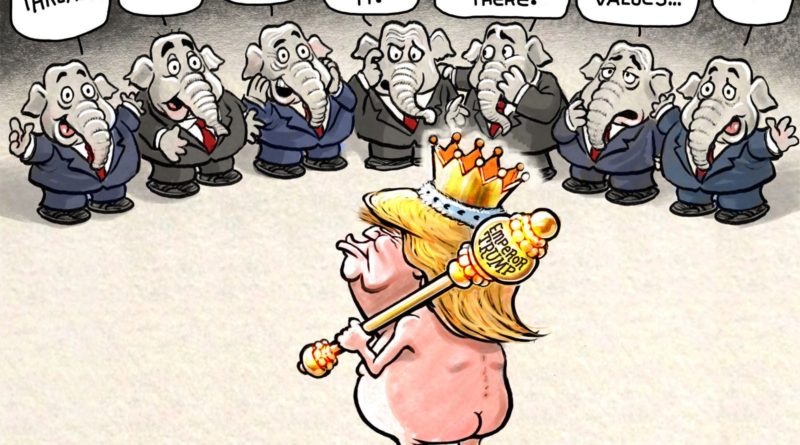 The entire planet is deeply immersed in the coronavirus pandemic. To this day, there are 921,002 infected and 46,153 dead, according to official data.

The situation is tragic on all continents. Thousands of families mourn their dead, hundreds of thousands suffer from the disease and millions of people live with anxiety and fear. We express to all of them our solidarity.

Monopoly and transnational groups are making use of the pandemic, laying off workers or limiting their rights. Many governments, taking advantage of the coronavirus, prohibit democratic and trade union rights. Their objective is to track the movements and activities of citizens by electronic means. It has been proven at a global level that freedoms have been jeopardized in the wake of the pandemic.

This situation has once again exposed the barbarism of the exploitative social system in which we live, as well as its inability to face the crises in favor of the peoples.

No matter how hard the capitalist governments, the bourgeois class and the leaders of the reformist unionism try to obscure the truth and hide the responsibilities of the capitalist system, they will not succeed.

They will not be able to put the people’s minds in quarantine. They will not make it to prohibit the minds of simple people from thinking and judging, from drawing conclusions according to their own experience.

Τhe conditions in which we live during this period demonstrate that:

FIRST: The moral superiority of the working class against the parasitism of the ruling class is confirmed once again. While parasites speculate, workers risk their lives in the front line of the pandemic fire, producing all the essentials for life. While powerful industrialists, kings, cardinals are hiding in their palaces, the manual and intellectual workers are struggling on the front line to produce food, medicine, transport, cleaning, communications, energy and everything necessary to make life possible. The poor peasantry, along with the popular strata, contribute to the effort to continue the production of goods.

On the other side, one can see the ruling class which is speculating. Ruthless and inhuman, it is taking advantage of the pandemic, increasing prices, stealing from the pockets of simple people, hiding products in order to generate artificial shortages. As in wars, in crises too, they only believe in one god: profit.

On the one hand, then, one can see the working class with its allies and, on the other, the bourgeoisie with its instruments. Two worlds. Two ethics.

SECOND: Who bears the full burden of treatment and healing? The private or public sector? In many European countries, simple people, in their despair, came out on their balconies to applaud the heroes of public health, public hospitals, scientists of public health structures. This slandered public system, these slandered doctors and nurses as well as the entire staff are waging an unequal fight. They are waging an unequal fight because all those who have been barking for years asking for “less state and privatizations”, both social democratic and neo-conservative governments, with their policies have deprived the public sector of human resources and equipment.

Even so, this public health sector, this abandoned sector, fights today like an invincible army; many times without weapons, without individual protection, but with courage. Until today, 61 doctors in Italy got sick and lost their lives, they died in the first line of this unequal struggle. The same happens in Spain, France, Greece and the USA …

On the other side one can see speculators from private monopoly groups who steal from the public sector, who sell their hospital beds and virus tests at over-expensive prices, exploit the suffering of ordinary people and stain their profits with blood, in collusion with the governments.

THIRD: This crisis highlighted the truth once more; that is to say that only between workers and peoples can authentic, sincere solidarity and support develop. The example of the heroic Cuba that sent 60 doctors to the north of Italy, in the heat of the battle, is an opportunity for the peoples to seriously think and evaluate. On the day that Cuban doctors arrived in Italy, Germany refused to send medical machines to Italy, Italy prohibited exports to Greece, Spain did the same, the US state of California refused to sell masks to New York, other US states had been hiding medical ventilators etc.

During the summit of the European Union leaders on March 26, 2020, a group of countries (Germany, the Netherlands) said no to measures requested by countries with a large death toll such as Spain, Italy and France.

Capitalism is a jungle, with predatory alliances and dogfights…

On the other side one can see the humanity and solidarity that only workers and socialist society can display.

FOURTH: The pandemic, with the data available to date, strips the USA policy bare; the policies of a country that is at the top of the imperialist pyramid. USA admirers worldwide now see their admiration turn to disappointment.

This country has endless missiles, fighter jets, submarines and mercenaries.

But what do they have when it comes to masks?

There are huge shortages in all of this. Now they are requesting medical supplies from the People’s Republic of China and the Russian Federation.

The United States is the country with the worst healthcare system for the poor, the unemployed, and the economically weak. The worst in the world!

And, while the popular strata in the USA suffer the pandemic and the policies of their government, President Trump announced a package of measures of 500 billion dollars for the strengthening of monopoly groups. In addition, packages of $ 29 billion were announced for airlines, $ 17 billion for security companies etc. At the same time, the gun lobby in the USA has filed a lawsuit so that gun stores continue their operation. In a country where, according to official data, in 2019, 40,100 people have lost their lives to guns, of which 24,100 have been suicides.

In this regard, capitalists in the USA, Brazil, the United Kingdom and other countries of northern Europe increase their pressure in order to make all companies work, arguing that no protection measures are necessary. The economy is everything, the life and health of workers is nothing. It is this strategy that statements like those of Trump, Bolsonaro and Boris Johnson serve, who affirmed that in a few days they would get rid of the pandemic.

FIFTH: The inter-imperialist antagonisms for the production of the vaccine and effective medicines against the coronavirus are showing the true face of the transnational corporations. When it comes to jointly deciding on anti-labor measures and anti-worker policies they unite against their common enemy, the workers and their struggles. But when it comes to speculation, they are killing each other. Each one tries to steal the other’s secrets. They know that whoever discovers the vaccine first will skyrocket his/her profits. It is a dogfight for profit, not for the protection of public health.

Therefore, according to the above, it is confirmed that not all of us are equal in the face of the pandemic, nor does the slogan “all united to get out of the crisis” have any pro-worker content. If the rich become infected with the disease, they have the possibility of receiving a different treatment than the unemployed. Furthermore, in the crisis it is the simple people who will suffer the consequences at the labor, salary and economic levels.

So, it is certain that the bourgeois class and its mechanisms are going to take advantage of the pandemic to drastically limit the democratic rights and freedoms of workers and peoples.

In these circumstances it is important for workers to understand that capitalism only generates and reproduces disease, torment and exploitation. Capitalism is anachronistic, it is barbaric. It cannot be humanized. The reformists who present the modernization of the exploitative system as a solution become servants of social exploitation. There is no vaccine, nor will it be found, to humanize capitalism. It contains social inequality from its “womb”.

So today, the duty of all militants is more necessary, more urgent. We must unite the workers and the peoples for a society without capitalists and capitalist exploitation. All the workers, together, we can do it. Our struggle against daily problems is just. Our struggle for the social liberation of the working class is necessary.