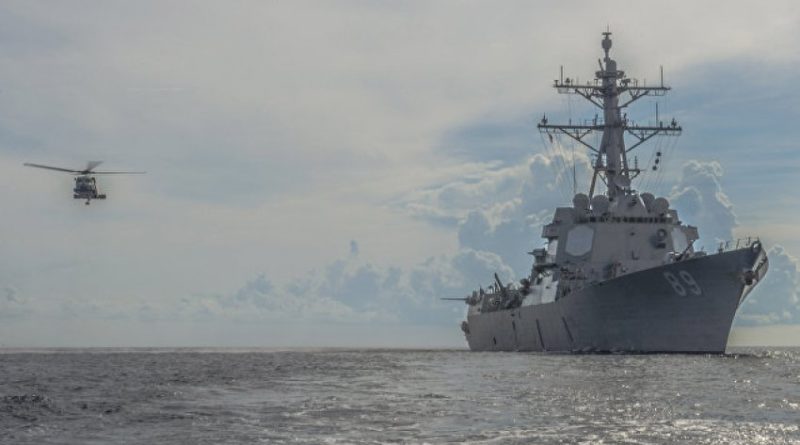 Analyst Steve Ellner looks at the official and media narrative backing US sanctions against Venezuela even amid a pandemic.

No other country in the world is being subjected to the type of regime change strategy that the United States government is applying to Venezuela. Only in the case of Venezuela has Washington done so much to promote international support in favour of a parallel government.

Meanwhile, the establishment media fails to take up in any way the arguments that expose the fallaciousness and inhumanity of the sanctions imposed on Venezuela.

At a media conference on April 2, a reporter told US President Donald Trump he had a moral responsibility to help Iran as it is hit by the new coronavirus. No mention was made about Venezuela.

Why Iran and not Venezuela? Five factors stand out.

First, the conflict with Iran is a partisan issue. The 2015 nuclear arms agreement with Iran was engineered under President Barack Obama, the same president that imposed sanctions on Venezuela on the basis that it represented an “extraordinary and unusual threat” to US national security.

RELATED CONTENT: Trump is Warned: This is Not the Time for War Games in Venezuela (NYT)

It is therefore not surprising the Democratic Party leadership is critical, though only mildly so, of US policy toward Iran, while supporting Trump’s regime change efforts in Venezuela.

Secondly, the Iranian government has a military capacity in the Middle East that threatens the US’s presence in the region. Iran’s militia allies, such as Hezbollah, serve as a dissuasive force. This is a reality the Pentagon and Washington policy makers are very aware of.

In contrast, Venezuela represents no military threat at all to the US. Trump’s claim that Venezuela is allied with dissident Colombian guerrillas intent on creating disruptions is a bogus charge. Venezuela has no equivalent to Hezbollah operating in the region.

Thirdly, Venezuelan democracy allows for the existence of a legal opposition, whose right-wing factions represented by Juan Guaidó, among others, are Washington surrogates. There is no equivalent movement operating within Iran.

This situation strengthens the US position in Venezuela, while weakening it in Iran. Ironically, democracy, which is supposedly what Washington is attempting to promote, disadvantages Venezuela’s government, while the lack of it strengthens the position of Iran.

Fourthly, Democrats and Republicans have their eyes set on Florida that, as with past elections, is a swing state and a decisive one in the upcoming presidential elections. In the context of the US’s highly undemocratic electoral college system, changing a few votes among Cuban and Venezuelan residents there (along with their campaign contributions) may determine the 2020 electoral outcome. Stirring up the issue of Venezuela may go a long way.

Trump explicitly embraces this notion at the same time as his neo-conservative advisors vindicate the Monroe Doctrine, which views the Americas as exclusively the US’s domain. Others are less up front about the notion, but it has always underpinned US actions in the hemisphere.

Rather than address these five issues, the establishment media accepts or refrains from questioning Trump’s current justification for singling out Venezuela to achieve regime change: that Venezuela is a narco-state.

The media holds back from pointing to the obvious fallacies of Trump’s claims.

According to official statistics, 84% of drug trafficking from South America uses Pacific routes, while only 7% passes through Venezuela and other eastern Caribbean areas. So why is the Southern Command lining up Navy ships along the Venezuelan coast on grounds that drug traffickers will use the coronavirus to inundate US markets, instead of surveilling the Pacific coast?

And why is Trump not taking his drug charges against Venezuelan President Nicolas Maduro to an international tribunal?

Venezuela is receiving belligerent treatment from the US that is largely without precedent in peace-time situations.

In just one week, the US has announced a US$15 million reward for help in capturing Maduro, among other members of his government.

It then unveiled a plan of transition to achieve democracy, beginning with Maduro’s resignation.

It followed this up by announcing it was sending Navy ships to the Venezuelan coast, ostensibly to beef up counter-narcotics operations.

In short, Venezuela is being ganged up on while the Democratic Party, the establishment media, some alternative media, most US liberals and much of the world are just standing by.

Featured image: The US announced a naval deployment to pressure Venezuela amid the coronavirus pandemic. (Green Left Weekly)