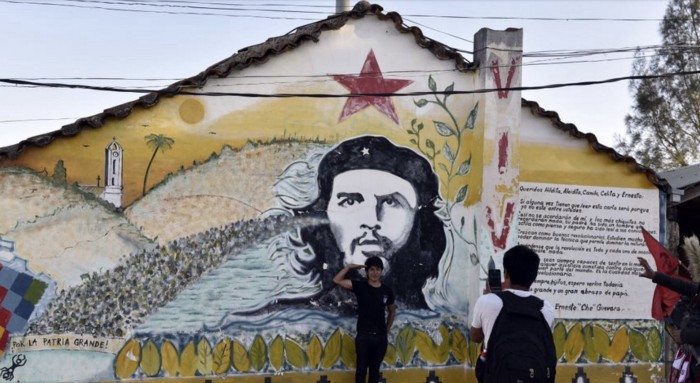 The global bourgeoisie, both within the pro-Washington bloc and in non-imperialist capitalist countries like Russia, find themselves in a situation that’s only tenuously stable. Even after the economic shocks and pandemic of this last year, the capitalist class rather than the proletariat still has the most leverage over the majority of the world’s economy; no new socialist revolutions have happened so far throughout the 2020s, and the growth of pro-worker movements throughout the capitalist world hasn’t so far been able to stop the increase of profits for the very richest. Billionaires in the U.S. have seen their net worths grow by almost a trillion dollars during the pandemic, a trend that’s reflected around much of the rest of the capitalist world world (for instance, Russia’s billionaires have gotten 20% richer since Covid-19 began wreaking havoc).

The downside for these capitalists is that this expansion of their own wealth has come at the cost of the impoverishment of more of the population, and therefore has increased the potential for class uprisings. By the end of this year, around 150 million people worldwide will have fallen into poverty due to 2020’s global depression. And neoliberalism is working to further exacerbate the inequality, with the IMF having imposed new austerity measures on 81 countries this year in a massive instance of crisis capitalism.

Despite the acceleration in the decline of U.S. imperialist power that the pandemic has created, and the accelerated rise of socialist China that’s come in tandem with this, we socialists shouldn’t act like global capitalism is now as good as dead. China’s attainment of new trade and diplomatic partners hasn’t led to any socialist revolutions so far (though it has made the Global South countries in its periphery less able to be economically harmed by Western neo-colonialism). And since the IMF and the imperialist powers still hold vast sway, even many countries that have broken free from Washington hegemony are still having to play along with the trend towards austerity to some extent; Mexico’s social democrat president has been enacting austerity, and the newly inaugurated socialist president of Bolivia Luis Arce has said that there will have to be austerity measures.

Arce seems to feel like he has no choice but to do this, because he’s coming into power right after his country has been thoroughly assimilated into the economic control of the imperialists. The coup regime that preceded him signed on to massive IMF loans in order to gain pandemic aid (another instance of how the forces of global capitalism have been taking advantage of this year’s crisis). And amid the deep economic downturn that’s been afflicting Bolivia, cutting down on government spending has naturally become seen even by Arce as a practical necessity.

This is how the imperialists assert their global dominance when they’ve lost control over an individual country such as Bolivia; they force down the living standards of those within that country, whether through utilizing economic sanctions or through strong-arming the government of the disobedient country into making structural concessions to the capitalists. Even modern Russia, despite its existing outside the geopolitical control of Washington, is a demonstration of this imperialist projection of control, since imperialist interference has turned it from a socialist country into a capitalist one. And the imperialists will always prefer a capitalist adversary to a socialist adversary, since a capitalist government poses far more potential for being assimilated.

What alarms the global capitalist class is the potential for a new wave of socialist revolutions to emerge during the 2020s or sometime soon after. The deteriorating proletarian conditions of this decade are making the capitalist world, especially the parts of it that are heavily exploited by imperialism, ripe for class conflict.

Latin America, which incidentally includes some of the most crucial territory for U.S. imperialism to exploit, is the region where this trend towards a new wave of socialist revolutions is closest to beginning. The countries within it which have already broken free from U.S. domination provide a series of buffers for any future socialist governments that come to power in the hemisphere; the return of socialists to power in Bolivia has helped ensure the future of Venezuela’s Bolivarian revolution, since it’s deprived Washington of a military ally that could have otherwise supported an effort towards invading Venezuela. And the unbreakability of Cuba’s Marxist-Leninist system has also helped fortify Venezuela’s defiance of imperialism, with Cuba providing the Chavistas help in preventing Venezuelan military members from betraying them.

With this Latin American anti-imperialist alliance gradually growing stronger, the next country in the region that breaks from Washington’s grip could begin to truly tip the balance against U.S. hegemony. Ecuador, Chile, Colombia, Haiti, and Honduras have lately been experiencing great class struggle, and are therefore the countries most likely to next undergo such revolutions. The imperialists wouldn’t be able to sustain their current model of Latin America-based superprofits if they were to lose these. Which is why Washington is working to militarize the Latin American countries that it still controls, a trend which has gone along with the threat of dictatorship in places like Brazil.

These militarization efforts are also part of Washington’s efforts to prevent China, Russia, and Iran from gaining more influence in the region, a geopolitical campaign that’s reflected in Africa by Washington’s AFRICOM project. The imperialists are trying to use armed occupations to retain control over these Global South territories. But will it actually stop any more socialist or anti-imperialist revolutions from happening within them?

Of course not. When the contradictions of capitalism and imperialism are becoming as big as they are now in the Global South, with Covid-19 ravaging populations due to Washington-imposed neoliberal policies and tens of millions rapidly falling into extreme poverty, class antagonisms are impossible to tamp down through any amount of brute force. In the coming years, we’ll see numerous countries find themselves in the same position that Bolivia would be in right now had its coup regime refused to hold elections. This is a position where a government is unable to put down guerrilla warfare from the countryside, and where the neo-colonial leaders may soon have no choice but to step down so that the masses can seize their national autonomy.

Such will be the ultimate fate of neo-colonialism, the backbone of the global capitalist plutocracy: economic deterioration, reaction to class conflict from the imperialists and their lackeys, and a battle where the masses will win if they properly equip themselves for militancy. After these exploited countries break from imperial control, the richer countries will become more likely than ever to experience proletarian revolutions themselves.