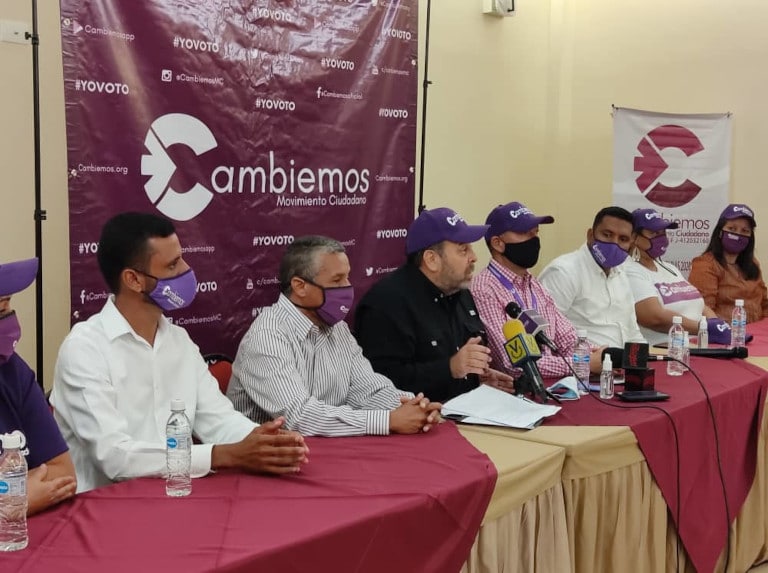 Representatives of opposition parties visited different cities in Venezuela to carry their message for the parliamentary elections scheduled for December 6, in which a new Legislative Branch will be elected.

The political organizations grouped together in the so-called Democratic Alliance shared with citizens of different states the proposals that they will take to the National Assembly, in case they win during the electoral party.

The National Secretary of the Christian Democratic Party, Copei, Juan Carlos Alvarado, led meetings with different representatives in Cumaná, capital of Sucre state, where he expressed his willingness to listen to community’s proposals.

“We arrived in Cumaná, Sucre state, the #AutobusDeLaEsperanza in the entity with a whole leadership whose premise is to address the concerns of Venezuelans,” he wrote on his twitter account. In the eastern state they developed work tables to bring together the proposals that will be taken to Parliament.

Copei assures that it is polishing its machinery of electoral witnesses to protect the population’s vote. “The electoral roll has a little more than 30 thousand electoral witnesses, and in Copei we will have 100% of that roll between main and alternate witnesses, and coordinators on each voting center. In Sucre we have everything to win, we have the firm hope that this will be the case,” said Alvarado.

Timoteo Zambrano, political leader of Cambiemos, stressed that this Saturday they met with businessmen and industrialists from the state of Aragua to collect their concerns in one of the most important industrial regions in Venezuela.

“The industrial parks of Aragua have been an example in Latin America, there are large automotive and pharmaceutical companies, it is necessary for the AN to create a law that encourages investment incentives and thus recover wages and employment,” said Zambrano after the meeting with the entrepreneurs. Zambrano’s political team was also in Carabobo state on Friday, another of the country’s industrial pillars, to later fulfill the commitments in the third mos populated city in the Caribbean country.

“From Maracay, in our state of Aragua, we reaffirm our commitment for a change this 6D. The AN will be fundamental to recover the quality of life of Venezuelans, ”Timoteo Zambrano wrote on twitter.

Progressive Outpost runs through the streets of El Valle

In Caracas, in the populous parish of El Valle, the Avanzada Progresista party made a canvas through different streets of the sector, while they talked with neighbors about the importance of voting this 6D. The route of the militancy of this party went through the Plaza El Valle to Los Jardines with the slogan Progress goes! And El Valle votes below and to the right in the Advanced Progressive tricolor.

Featured image: In the tours, the candidates hold meetings with different sectors of the country. Courtesy photo  of Timoteo Zambrano by Cambiemos.