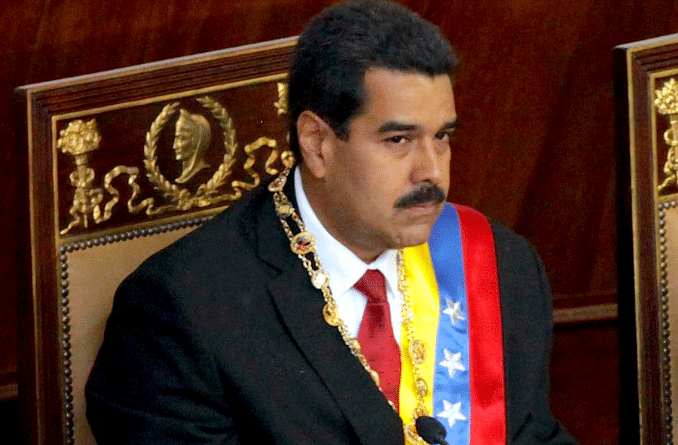 Recent statements made by US officials suggest that Washington will continue to pursue a hardline policy on Venezuela. The new Biden Administration, however, needs to urgently rethink its approach.

US State Department spokesperson, Ned Price, remarked on February 3 that he “certainly” does not “expect this administration to be engaging directly with (President) Maduro.” Namely, Price expects that the Biden Administration will adhere to the strategy of its predecessor, which is predicated on completely ignoring the current government in Caracas.

Moreover, the Biden government will also continue to dialogue with Venezuela’s opposition leader, Juan Guaido. On March 2, Guaido conversed with the new American Secretary of State, Antony Blinken. It was the highest-level US contact with the increasingly-discredited and isolated Guaido since Biden’s inauguration last January. In their exchange, Blinken and Guaido agreed on the “importance of a return to democracy in Venezuela through free and fair elections”.

It would be rational, therefore, to conclude that no significant change regarding US foreign policy in Venezuela will occur under the Biden Administration, at least imminently. However, such a conclusion would be hasty, as it fails to appreciate the numerous changes that have transpired in and around Venezuela in recent years, especially since Washington strengthened its economic sanctions on the South American country in 2015 and again, in 2017, 2019 and, finally, February 2020.

Washington’s agenda in Venezuela has unmistakably failed, and no amount of additional sanctions is likely to change the political outcome. Not only did the Maduro government, ruling party, regional and international allies prove durable and capable of withstanding immense political and economic pressures, Washington’s allies are no longer united, neither about Venezuela nor anywhere else.

Guaido, who arrived on the scene in 2015, was elevated from being a little known politician to the anti-socialism hero designated by Washington to reclaim Venezuela in the name of liberal democracy. Guaido’s legitimacy was largely derived from the Venezuelan opposition’s victory in the elections of that same year.

Since then, however, Guaido’s own legitimacy has slowly eroded. By disproportionately investing in Washington’s ability to oust Maduro through severe sanctions, diplomatic delegitimization and political pressure, Guaido slowly abandoned his initial Venezuela-centric approach, thus delegitimizing himself instead, even among his own supporters. Frustrated by Guaido’s self-serving priorities, and knowing that the man’s current strategy would not lead to any substantive political reordering in the country, Venezuela’s opposition disintegrated into small factions.

In January 2020, another opposition lawmaker, Luis Parra, attempted to claim the position of Speaker of Parliament. This led the parliament security to block Guaido’s access to the Palacio Federal Legislativo for he, too, was claiming the same chair. Images of the chaotic scene were beamed across the globe.

Venezuela’s most recent legislative elections last December have also reflected the deep divisions among the country’s opposition parties, where some strictly adhered to the boycott of the elections while others participated. The outcome was a decisive victory for Maduro’s United Socialist Party, which now has complete control over the country’s political institutions. France24 news agency captured this new reality in this headline: “New Venezuela Parliament leaves Western-backed Guaido out in cold”.

RELATED CONTENT: Anti-Chavismo ‘in Exile’ Does Not Stop Conspiring Against Dialogue in Venezuela or How Soros’s Crisis Group is Pushing for Negotiations Without Opposition Extremists

Actually, Blinken’s call to Guaido, whose moment has faded, is unlikely to change much on the ground. His usefulness now lies in the fact that Washington has no other ‘strong man’ in Caracas. Additionally, Washington has invested tremendous financial resources and political credit which allowed Guaido to claim the title of the country’s interim president. Completely divesting from Guaido is also a risky maneuver.

Of note is the shift in language in the US political discourse, following the Blinken-Guaido telephone conversation: the “importance of a return to democracy in Venezuela through free and fair elections.” The change is, perhaps, subtle but still significant, as it is no longer a decisive demand to remove Maduro from power.

It seems that the distance between the US and Venezuela’s position is shrinking. In August 2019, the Washington Post reported that Venezuelan negotiators, speaking on behalf of Maduro’s government, made a “startling offer” during mediated talks with the country’s opposition in Norway two months earlier, where the government “signaled (its) willingness to hold such a vote within nine to 12 months,” referring to the opposition’s demand for fresh presidential elections.

Nevertheless, it behooves Washington to engage Caracas in civil political conversations, away from threats and sanctions, for two main reasons:

First, despite claims that the majority of Venezuelans living in the US support Washington’s hardline policies, 46 percent of them also “support a removal of oil sanctions if the Maduro government agrees to hold internationally recognized free and fair elections,” according to a recent opinion poll publishedby the right-wing Atlantic Council.

Second, Washington’s futile sanctions-based approach to Venezuela has proved not only immensely harmful to the welfare of the Venezuelan people but also to Washington’s own regional interests. Washington’s obstinacy allowed its global rivals, Russia and China, to unprecedentedly cement their economic and strategic interests in that country.

In their 2019 report, the Center for Economic Policy Research (CEPR) revealed that, in the 2017-18 year, US-led sanctions on Venezuela “have inflicted – and increasingly inflict – very serious harm to human life and health, including an estimated more than 40,000 deaths”.

Certainly, there can be no political logic or moral justification for this ongoing calamity.