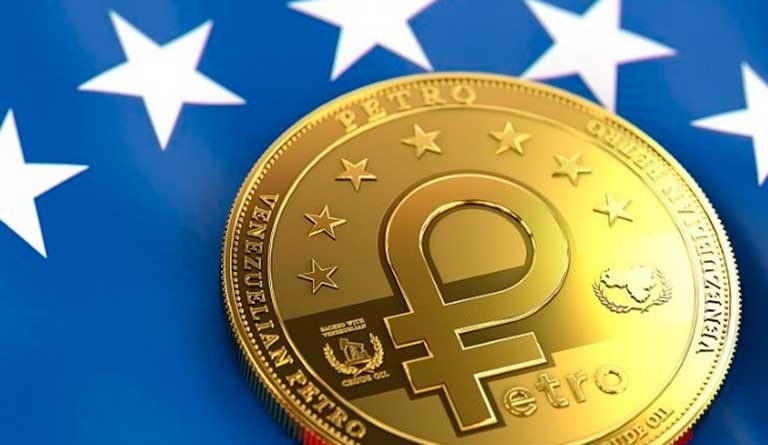 It was born in December 2017. Backed by the Venezuelan State each petro equivalent to 1 barrel of oil, in monetary terms to US $ 60. It was created in response to the financial blockade that the US government has imposed against the people of Venezuela. It was necessary at that time, and it still is, to have a payment compensation system that raffled the “Swift” (checkpoint imposed by the Federal Reserve to people and governments that require financial transactions).

With the strength of its encrypted technology, it was conceived as a currency to be used in the commercial and financial exchange without having to go through the US zone, thus becoming an unusual and extraordinary threat to the government of Donald Trump, which not by chance threatened anyone who dares to compromise with the novel cryptocurrency.

As time passed, in August 2018, two additional functions were granted to the petro.

On the one hand, it was given the function of a financial instrument to protect our assets against the criminal attack that the Bolivar has suffered and that has resulted in a permanent loss of its value. In that context, those who had or have the capacity to save can acquire petros to protect the value of their money.

It was also granted the “unit of account” function. From August 2018 it would be a reference for all prices of the economy, including salary. It was announced that the minimum wage would be 1/2 petro and as for the prices of goods and services, an attempt was made to fix those of the food basket.

It was a very good idea to grant the unit of account function to the petro. In a scenario of induced hyperinflation, it would allow the price-wage ratio, through petro, to remain the same, even if the prices of goods in bolivars increased as a result of the attack on the currency. With this function, theoretically, wages would not be left behind with respect to the prices of goods, which were adjusted and continue to be adjusted, immediately whenever the criminal dollar varies.

However, three errors were made in the attempt and in the design.

Errors
1) In the exercise to fix the prices of goods in petros the bourgeoisie imposed itself. It was a bid between the owners of the food industry capital and the government on behalf of the people and the working class. In that fight, which ultimately was a class struggle, the bourgeoisie won. When adding the price, in petros, of the 25 items of the agreed food list, it was 0.319168 petros. In other words, a household’s food for 7 days was almost the minimum monthly salary that had been set at 0.5 petros.

2) The second mistake was the fact that while the bourgeoisie adjusted in real time the prices of goods and services in the same proportion and speed in which the criminal dollar did and continues to do, the salary, instead of updating remained lagging. That happened because although the salary was 1/2 petro, there came a time when the BCV, again trapped in its monetarist story, instead of updating the bolívar-petro relationship, kept it fixed at 80,000 bolívares / petro, which without any surprise was strictly respected by the bourgeoisie for the purposes of calculating and paying the minimum wages that were frozen for a long time at BsS 40,000 per month. For its part, the employer State was also very respectful of the petro average salary at BsS 40,000.

3) Both functions attributed to the petro, the financial instrument and the unit of account, required a conversion rate of the bolivar with respect to the petro. For example, if the salary was set at 1/2 petro, some way had to be found to convert that 1/2 petro into bolívares. The third and most serious error of petro engineering arises here: the fact of having anchored the bolivar to the petro, which at the time, October 2018, we alerted on and called it the bolivar-petro paradox.

RELATED CONTENT; President Maduro Interviewed by Ignacio Ramonet: “We Are at the Doors of Economic Growth” (Video)

It is the case that when anchoring the bolivar to the petro in the way it was done, not only did both currencies compete, since while the petro appreciated the bolivar depreciated and vice versa, but also, in the methodology for anchoring, the type of criminal exchange was used as a reference, that is the enemy’s weapon. Thus, in August 2018, it was said that a petro was equivalent to a barrel of oil, in monetary terms, to US $ 60, so how do you know how many bolivars a petro would amount to? If at that time 1 dollar was equivalent to 60 BsS and a petro at US $ 60, multiplying 60 BsS / US $ by 60 US $ / petro resulted in 3600 BsS / petro.

Trial
The issuance of 8,000,000 1/2 petros in December 2019, both for pensioners and public administration workers (as an end of the year bonus): the fact that the petro has been used as a means of payment to directly acquire goods and services; and the announcements of the payment of social benefits in petros, are envisioned as a hopeful event that seeks to correct the errors that it drags from its origin, particularly the anchoring function of the bolivar. Therefore, beginning in 2020, it is also seen as a possibility to combat the attack on the currency, an objective that we have insisted is strategic in this economic war.

We have been arguing that the strategy for combat must focus on shielding the currency (the bolivar) with which all prices and salaries of the economy are marked, for this it is necessary to forge a shield by setting its value in tangible, verifiable and measurable assets. We have suggested gold.

It seems that the petro, whose value is backed by 50% in oil, 20% in gold, 20% in coltan and 10% in diamonds, is trying to replace the bolivar, currency in which, for now, prices and wages are fixed in the economy.

About this trial, that will require correcting past mistakes, overcoming some real, technical and legal obstacles, and if that were not enough, responding to the enemy’s reactions, we will make some suggestions next time.