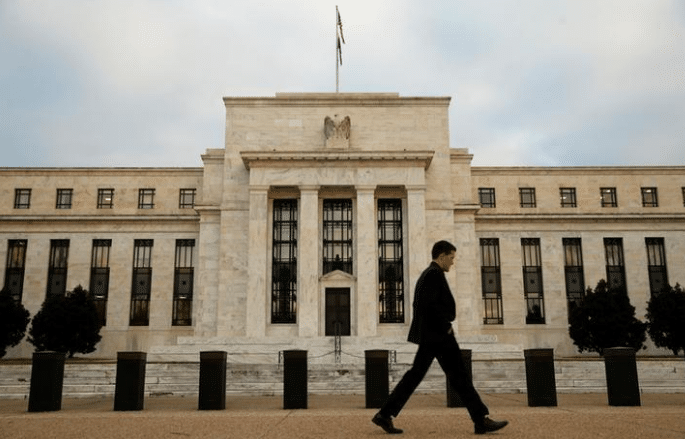 We began to be an unusual and extraordinary threat to US imperialism in 1999. From that moment on, our enemy was declared within the framework of a war, unconventional, but war at bottom. In the beginning he covered his face with the masks of the technocrats from PDVSA, Fedecámaras, the CTV and the political actors of the opposition. Today, as a result of despair, the masks have fallen.

The origin of this conflict was our decision to be free and independent and to move towards an alternative model to the capitalist one: the Socialism of the XXI century. It is an understandable part of that sovereign decision, to dispose of all the wealth that imperialism yearns for in order to recover the space that in world geopolitics has been losing for decades: gold, oil, minerals of all kinds, in addition from our strategically enviable geographic location.

Recognizing the true enemy in this unconventional war and particularly on the eve of parliamentary elections is strategically necessary to guarantee victory and above all the continuity of the revolutionary process in democracy and in peace.

The enemies of the Venezuelan people are those who, in a stateless attitude and without any shame, travel the world asking for more economic blockading to limit the importation of food, medicines, spare parts, machinery and supplies for national production.

Those who have promoted, with funding from Washington, violent actions in the streets, have fueled hatred among Venezuelans, to the point of burning compatriots alive for being or looking like Chavistas. Those who hired mercenaries to assassinate Venezuelans, those of SilverCorp, those of Gideón. Those of the supposed humanitarian aid in February 2019 to justify an invasion of our sacred territory through the border with Colombia.

They are the monopolies that, following the manuals of economic wars, hid and hoarded food and medicines, subjected the people to long queues, while the “political leaders” deceived their followers in December 2015 by promising them a “last queue”.

The enemies of peace are those who manipulate, calling the Bolivarian revolution a dictatorship, but who, with an undemocratic attitude, have called for abstention. Those who, without evidence, have sung fraud in the face of any electoral result that does not favor them in the 24 elections that have been held in 22 years. Those who demanded changes in the electoral power and yet have just expressed their non-participation in the next elections on December 6.

They do not want their homeland and their people who on April 11, 2002, in the framework of a coup and kidnapping of Constitutional President Hugo Chávez, ignored our Liberator Simón Bolívar hiding his portrait in a shameful ceremony in the Miraflores Palace. The same ones that today disrespect our glorious Bolivarian National Armed Forces, offending it and trying to blackmail it with supposed promises of amnesty so that they legitimize an eventual breaking of the constitutional order.

It is the enemies who, since 2013, have attacked our currency, the bolivar, manipulating its value by more than 300 billion percent through web portals, taking it from 8.26 BsF / US $ to 300,000 million BsF / US $. The same ones that with this weapon of war have induced an increase in all the prices of the economy by 12,493,965,695% between January 2013 and May 2020 and a contraction of national production by more than 50%. But they are also enemies who, at this point, do not recognize this attack and try to explain hyperinflation with the theoretical monetarist veil. They are the ones who also every day, at 9:00 am and 1:00 pm (unofficial exchange rate update times), celebrate a new attack on our sovereignty.

RELATED CONTENT: Alfredo and Aryenis Only Ask to be Allowed to Defend Themselves

All of them are but spokesmen for the true enemy who, let’s not be mistaken, is not Donald Trump, he, like Barack Obama, George Bush and Bill Clinton, have been just spokespersons.

The real enemy is imperialism made up of big transnationalized corporate, financial and communication capital; by the owners of the US Federal Reserve; by those of the World Economic Forum in Davos. They are the capital that feels threatened by the possibility of the consolidation of a just and equal model, those that fear the word “socialism”. Those of the Doctrine of Containment and the Cold War against the socialist hope of the USSR, whose spokesman in 1947 was Harry Truman.

The true enemy is the architects of the Conservative Revolution with Ronald Reagan and Margaret Thatcher as spokespersons and those who, from the 80’s, established neoliberalism in Our America, plaguing our peoples with poverty, hunger and misery; those who dismantled the Welfare State in Europe; the same ones who confessed to having done the impossible to destroy the Bolshevik Revolution.

It is this capital that, not by chance, was behind the coup against Federico Chaves (Paraguay, 1954), Jacobo Árbenz (Guatemala, 1954), Juan Bosch (Dominican Republic, 1963), João Goulart (Brazil, 1963), Salvador Allende (Chile, 1973), María Estela Martínez de Perón (Argentina, 1976), Juan José Torres (Bolivia, 1971), Manuel Zelaya (Honduras, 2009). The same ones that invaded Panama in 1989. Those of the Plan Cóndor. Those of the Contra in Nicaragua (in the 80s). Those who, in La Higuera, Bolivia, ordered the assassination of Ché Guevara in 1967. Those who for 60 years have criminally blocked the Cuban people and for 40 years, the Iranian brothers.

It is not just any enemy that the Venezuelan people, inundated with enviable wealth, have faced since 1999 for shouting to the world our decision to be sovereign and socialist. In these 22 years of revolution we have seen what they are capable of, the levels of crime with which they have attacked us, regardless of the suffering of women, children and the elderly.

The unity of the revolutionary forces is more than ever essential in these moments of onslaught and threats by US imperialism, as well as the massive participation of the patriot people in the upcoming elections.

Let’s not see ghosts where there are none. Let’s not lose perspective, let’s not get distracted. The real enemy is imperialism. Let us concentrate our efforts on defeating it, on recognizing that the attack on the bolivar is the most powerful and effective weapon that, from the economic point of view, they have used against Venezuelans. Let us strive to destroy it. Let’s focus on getting around the commercial and financial blockade instead of using it as an excuse. Cubans, Russians and Iranians have a lot to teach us.

The only way to defeat the true enemy is by deepening the Bolivarian revolution and that happens by formulating ourselves day by day, in each of our spaces, decisions and actions, the rigorous question of Commander Chávez: And where is socialism there? Let this be the guide to defeat the real enemy.