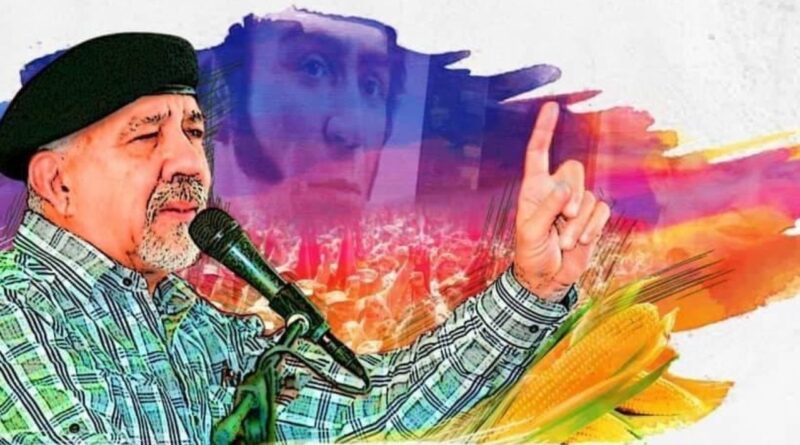 About the 7th day the strange disappearance of my father Carlos Lanz.

Yes, today is the 7th day, I lose count of how many hours it’s been, this writing is to refresh the count of his disappearance based on statements, based on exclusive conversations with my sisters.

Friday August 7 –
A family in their daily lives say good night, my sister goes to sleep, everything is normal within the normality of a family nucleus.
Saturday August 8-
At 8:40 am, my father’s wife leaves the house while my father was still asleep, breakfast is ready for him and my sister in the kitchen.
-At approximately 11am my sister gets up, walks around the house (something normal) and realizes that my father is not there. Here I make a stop, my father would never ever do something like, “Damn I have a craving, I’m not going to pay attention to the pandemic, I’m going to go out and buy “chicharron” damn it.” Those of us who know dad know that he wouldn’t do that and even less on foot, those of us who know Papa know that if by chance he would do that, he would have let someone know and, in this case, he would less do that having breakfast there.

I continue, my surprised sister (my other sister and I would also coincide in being surprised) wondered “where is the old man” and later called her mother with “is dad with you?” getting as an answer “no, he is in the house, I went out.”

Seeing how strange the situation is, my sister and, on the other hand, her mother make the typical calls in an atypical situation “hi so-and-so, is dad with you?” getting a negative answer.

Before that, my sister checks the laptop that my father uses to write that bunch of documents that, as a good and stubborn fool, he distributes to everyone he knows (always annoyingly saying to me “son I sent you a piece of writing, did you read it?” Something more than usual in him. When checking the laptop my sister realizes (she is half nerd like me in these things) that in the browser history it appears that at approximately 9:45 a.m., he went on Twitter. This gives us a margin that the strange disappearance of my father occurred between 9:45 am and a little after 11am.

It is there that the (obvious) questions and certain conjectures full of slander with strange intention begin:
– “Oh sure he left the house, as this old man” got “Alzheimer’s and got lost.”
It is difficult to imagine that a person suffering from this degenerative disease can write documents as complex as those that my father maniacally produces every day, what’s more, here on this site (vetoed by me but he has always insisted on writing there) https: / /www.aporrea.org/autores/lanz can be read several (not all) of his articles. Additionally, he had scheduled a day of discussion with sectors of the JPSUV for this or the next week.
A person intellectually lucid hardly gets a disease suddenly that is clearly progressive, then within the honesty that dad taught me, I vehemently deny that version, one of the medical recommendations to counteract this disease is even to exercise nothing more and nothing less than the brain, reading, writing etc and that fool has always been addicted to that.

– “Oh, he went out and since he suffers from diabetes, he might have had a [seizure] and someone picked him up, leaving him in a CDI.”
Yes, my father suffers from diabetes, the type of diabetes that dad suffers from is [Type] 1, that is (it does not mean that progressively would not go to 2) the one that is controlled by medications and good nutrition (zero bananas with condensed milk that he has always loved), it is not dependent on doses of insulin.

How could he have gone out or what “theoretically” could have happened? I responsibly will roughly express my point of view agreed upon among already dozens of historical acquaintances of dad, my family etc.

He does not have the habit of going out.
The world may be falling apart, but Carlos opens the door of the house on rare occasions, the doorbell could be shorting out, but he rarely would that.
He has no habits of taking a taxi or bus.
He does not go out or talk to strangers.
So a logical conclusion is that the only way he went out is that someone summoned him.

The “who” is being investigated, as well as the “for what” too, and the range is large.
Carlos had threats on his shoulders? Well, Carlos Lanz has always had threats, I think that since he was 17 years old when he became “ñangara” (a leftist) threat is then normal and present towards a person who has been in charge of developing critical and current issues such as psychological operations, unconventional war operations or investigations into paramilitary phenomena imported from Colombia (does Operation Gideon sound familiar to you?)

It is a moderately easy military objective to detain and kidnap if you want to make noise or create anxiety.

Here I “stop” again (although it is annoying) to clarify or deny: there is a strangely articulated group determined to belittle or ridicule this disappearance with huddles and slander that “the government put him in prison” or stupid things like “Carlos did that because he is going to run for deputy, everything is a show to later appear as a hero” among other falsehoods, these are the same ones that have twice launched the “he already appeared, he was at home.” [O]f these I will be in charge of exposing them publicly when my father appears. Right now, everyone’s goal is for Carlos to return home.

So is it a kidnapping? By all lights, yes, the reason indistinct, I think tends to thinking about that possibility and I say it for all my own or consulted analyses. If that hypothesis were true, I would only say take care of my beloved old man, he, like all 76-year-olds, needs care and obviously I would say “contact us.”

What should we do? Alex, how do we help?
My opinion is the same one expressed today here https://redradiove.com/carlos-lanz-aun-no-aparece-por-alex…/ “the appearance alive of Carlos Lanz, is the main objective, let nothing and nobody distract us from that. Let’s make that effort together (from diversity) so that this is possible, we need Carlos the teacher, the Carlos combatant, the Carlos the dreamer and the Carlos father back with us.”

The dissemination, the pressure in the networks, the gesture in solidarity and yes, the permanent call not to weaken the investigations by the authorities is important. On the latter I want to give you my personal opinion and I give it with the hope that you will understand the importance this case has for me, as a son: I am not interested, it is not my priority, I do not seek, for example, that President Nicolas pronounces on the disappearance of my father. Rather, my priority and call is that the search be deepened, that it does not relent, that the intention to find my father’s whereabouts does not relax, as Mayi Cumare said in her letter yesterday “President please, we need stronger actions that lead us to find our comrade and commander Carlos Rafael Lanz Rodriguez.” The disappearance of Carlos Lanz is a hard blow for the revolution, but finding him is a demonstration of the strength we have and the blood of liberators that runs through our veins. I am sure that with everyone’s help that will happen.

The best help is to remember that Carlos Lanz has not appeared and that we want him with us.

* My sister made a brief inventory of her clothes, there is a pair of jeans and a Telesur cap missing.