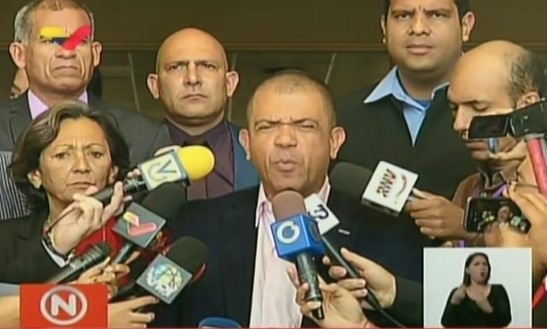 The so-called “rebellion of the regions”, as the opposition deputies who managed to remove Juan Guaidó and other members of the National Assembly board during 2019 to place a new one headed by Luis Parra, called themselves, is already inside the extreme right Popular Will (VP) party itself and has caused the militants of this group to demand respect for their rights, internal elections and above all justice for the case of deputy José Gregorio Noriega.

Through a live contact with “On the LaIguana.TV” from the headquarters of the Supreme Court of Justice (TSJ) in Caracas, it was reported that José Gregorio Noriega, second vice president of the National Assembly – in contempt since January 2016—, introduced a document before the Judiciary to demand justice in his case and also to demand internal elections in VP.

Noriega was accompanied by the militancy of VP who went to the headquarters of the highest court in the country shouting slogans in his support and asking for the election of new leaders in their party.

The deputy also seeks to reverse his expulsion made by the hierarchy of VP for having supported “the rebellion of the regions” on January 5 when, a group of anti-Chavistas decided to vote for a new board of directors and to remove support from Guaidó within the National Assembly.

Noriega argues that his expulsion was authoritarian and was not carried out with due process, which is why he goes to the Supreme Court seeking justice of his democratic rights.