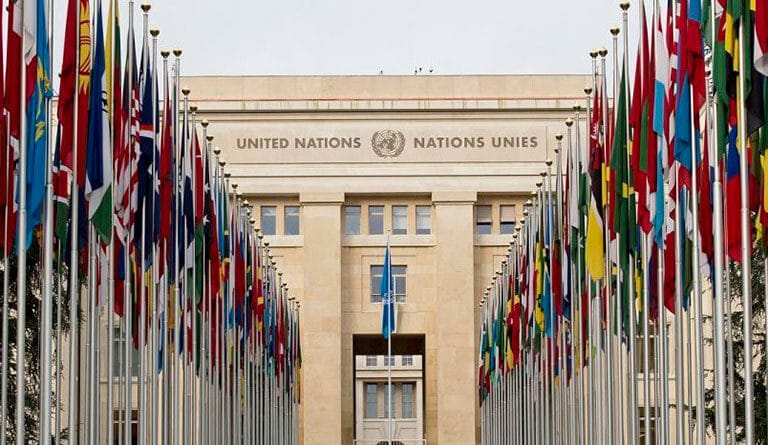 This Thursday, March 4, United Nations Human Rights experts spoke out to denounce the United States government for violating the International Covenant on Civil and Political Rights by declaring national emergencies through executive orders, which enable unilateral sanctions that violate human rights in other countries.

“UN Human Rights experts denounce the US for failing to comply with its obligations under the International Covenant on Civil and Political Rights, and urge it to put an end to the so-called national emergencies, used as an excuse to impose sanctions on other countries, generating suffering,” wrote Venezuelan Foreign Affairs Minister, Jorge Arreaza on Twitter, accompanied by the statement from the United Nations Human Rights experts.

UN experts Alena Douhan and Obiora Okafor stated that “instead of being real emergencies, they [the executive orders] seem like excuses to impose sanctions indefinitely.”

Likewise, they stressed that “the emergency declarations of the United States government that authorize unilateral sanctions are giving rise to serious human rights violations and [the US] must comply with International Covenant on Civil and Political Rights (ICCPR).”

They specify that two US laws—the National Emergency Law and the International Emergency Economic Powers Law—have granted unlimited authority “for US presidents to exercise broad and highly discretionary powers through emergency declarations and sanctions that violate human rights.”

Both rapporteurs pointed out that the aforementioned US sanctions resulting from the emergency declarations violate human rights in China, Cuba, Haiti, Iran, Nicaragua, Russia, Syria, Zimbabwe, and Venezuela.

Alena Douhan and Obiora Okafor urged the United States to fully comply with its obligations under the ICCPR to “avoid any negative impact on human rights of persons subject to sanctions authorized by emergency declarations.”

The experts are part of the Special Procedures group of the UN Human Rights Council, the largest body of independent experts in the United Nations system, whose members work on a voluntary basis. They are not UN personnel and do not receive a salary for their work. They’re independent from any government or organization.

On Wednesday, it was reported that United States President Joe Biden extended Executive Order 13692, signed initially by Barack Obama in 2015, which declares Venezuela as “an unusual and extraordinary threat” to the North American country, leading to the imposition of a series of economic sanctions and coercive measures against millions of ordinary Venezuelans.