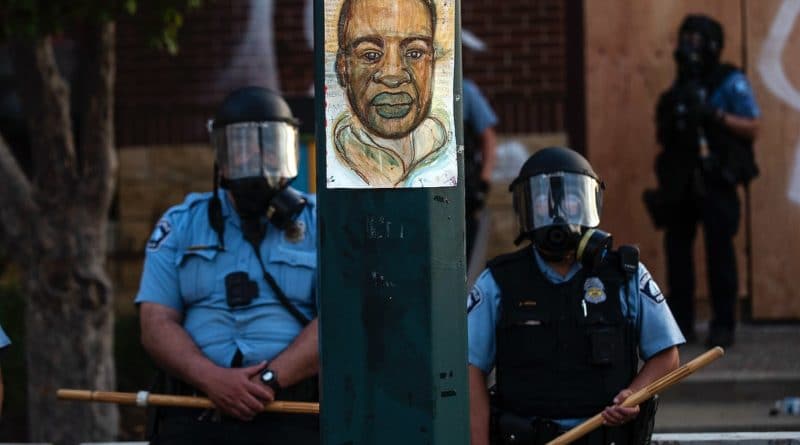 “What we are witnessing in the United States is a failed social experiment,” the philosopher Cornel West said in an interview with CNN about the murder by the police of African-American George Floyd.

A disciple and follower of Martin Luther King, Harvard University professor and veteran social fighter, West, author of 20 books and actor in the Matrix film trilogy, explains: “What I mean is that the history of blacks for over 200 years in the United States has been one of seeing this country fail. Its capitalist economy could not generate and provide in such a way that people could live decent lives. The nation-state, its criminal… legal justice system, could not generate protection of rights and freedoms. And now our culture, of course, is so market-oriented – everything for sale, everybody for sale – that it can’t deliver the kind of nourishment for the soul, for meaning, for purpose”.

“But the point is that we must fight,” he concluded. “Even when we have a failed social experiment, we must fight. We must have an anti-fascist coalition against what is happening in the White House and in the Republican Party. And we have to tell the truth about the weak, cowardly activity that we see so often in the neoliberal wing of the Democratic Party… “When I saw those images in Atlanta, I could see Brother Martin (Luther King), right there in Atlanta, saying: ‘I warned you about militarism, about poverty. I warned them about materialism, about racism in all its forms. I warned you about xenophobia… You are reaping what you have sown. And at that moment you have Brother George (Floyd) – it is so clear – it was a lynching at the highest level. No one can deny it.”

According to West, the United States now faces a choice between a “nonviolent” revolution or continuing with the failures of the status quo. “And what I mean by revolution is the democratic sharing of power, resources, wealth, and respect. If we don’t have that, we’re going to have more violent explosions.”