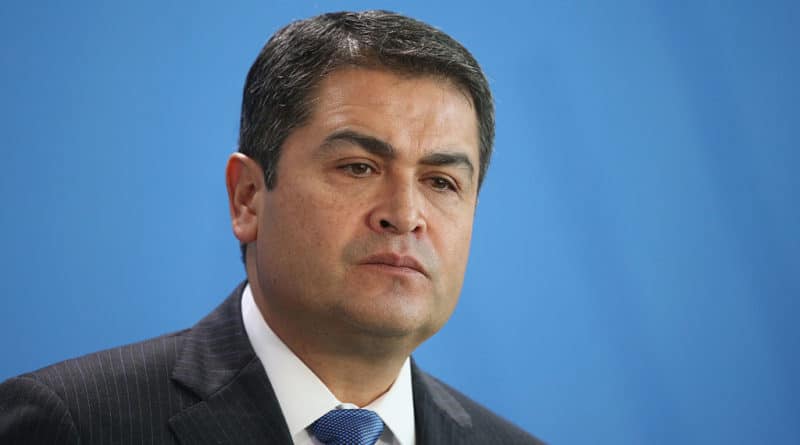 Editorial note: This is opinion piece is from 2019 but very pertinent in the context of recent announcements against Venezuelan President, Nicolas Maduro

If you want evidence that the US government doesn’t actually care about drug trafficking, violation of democratic norms, violation of human rights, or widespread corruption, just look at how the Trump administration has treated Honduras versus how it has treated Venezuela.

The recent conviction of Tony Hernández for massive cocaine smuggling in a federal court case in which his brother, Honduran president Juan Orlando Hernández, was an unindicted co-conspirator demonstrates one thing beyond a doubt: Honduras is a narco-state. The equally compelling evidence of widespread corruption, electoral fraud, and savage repression confirms Honduras’s status as a rogue state and begs comparison with Venezuela, which has faced similar accusations.

Venezuela, however, is paying an infinitely higher price in the form of international sanctions and other regime-change efforts. Even if one accepts as accurate the denunciations against the government of President Nicolas Maduro put forward by most of its critics, Venezuela doesn’t reach Honduras’s level of unethical and undemocratic behavior.

This is just one example of the notorious inconsistencies of US foreign policy, dating back to the beginning of the Cold War. Long before Trump, Washington condemned some governments for violating democratic norms and embraced others that were just as bad, if not worse. It threatened military intervention or carried it out against nations for reasons that could have applied to others that received substantial military assistance from Washington.

Under Trump, these inconsistencies and gaps between rhetoric and practice have widened. Consider the democratic credentials of presidents who Trump lavishly praises while condemning Maduro for allegedly undemocratic behavior: Rodrigo Duterte (the Philippines), Jair Bolsonaro (Brazil), Prince Mohammad bin Salman (Saudi Arabia); and Andrzej Duda (Poland). Many European leaders have harshly criticized these regimes for their blatantly undemocratic behavior.

Consider also that while Trump threatens Iran and Venezuela with military invasion, if not obliteration, he pledges to put an end to the “endless wars” throughout the Middle East, the longstanding and high-risk stalemate with North Korea, and antagonistic relations with Russia. These latter positions may actually be worthy of support, unlike the bellicose rhetoric of Democratic party leaders.

There is no better contrast that demonstrates the contradictory nature of Trump’s foreign policy than that of Venezuelan and Honduras. What makes the comparison so compelling is the four principal accusations that Washington hurls at Maduro to justify the imposition of crippling economic sanctions: drug trafficking, violation of democratic norms, violation of human rights and widespread corruption. All four could well be cited to justify international measures against Honduras.

So let’s make the comparison. For the sake of argument, we’ll accept the validity of the accusations against Maduro coming from detractors, other than those of the most blatant fabricators of fake news.

Drug Trafficking
President Juan Orlando Hernández was accused of receiving a million-dollar bribe from Mexico’s El Chapo in the trial of Tony Hernández, who was found guilty on counts of “Cocaine Importation Conspiracy” and “Possession of Machineguns and Destructive Devices,” Yet, just one day after the trial ended, US charge d’affaires in Tegucigalpa Colleen Hoey was photographed at a public gathering smiling alongside the president. But the case for calling Honduras a narco-state goes deeper than that.

The president’s sister, the late Hilda Hernández, was also the subject of a major drug trafficking and money laundering investigation by US authorities. The evidence against the Honduran state even goes back further in time. The son of Hernández’s predecessor Fabio Lobo received a twenty-four-year sentence in US prison following a guilty plea of “conspiring to import cocaine into the United States.”

Compare this solid case against Honduras with that against Venezuela. November 2015 saw the arrest of two of Venezuelan First Lady Cilia Flores’s nephews in Haiti in a sting operation by the US Drug Enforcement Agency. Both received an eighteen-year prison sentence in US court, although they were not linked to a cartel and (in the words of their lawyers) “never had the intention or the ability to deliver a huge amount of drugs” as charged.

The other main drug-trafficking charge involving the Venezuelan government lacks verified evidence. Days before the 2018 presidential election, the US government accused Diosdado Cabello, the second in command after Maduro, of drug trafficking and slapped him with financial sanctions. Unlike Lobo’s son and Hernández brother, no formal US judicial charges have been lodged against Cabello nor has he been granted the right of reply.

Democratic Norms
Honduras also compares unfavorably in the area of electoral fraud. The November 2017 presidential election suffered a thirty-six-hour delay in ballot counting when center-leftist candidate Salvador Nasralla had taken a decisive lead. When the process resumed, the election swung in favor of Hernández, the incumbent.

Nasralla noted that a rectification of the fraudulent results was unlikely given the fact that the nation’s supreme court and electoral tribunal were in Hernández’s camp. In contrast to many governments throughout the region as well as the Organization of American States, Washington immediately recognized Hernández’s presidency as legitimate and called on Nasralla to do the same.

Venezuela’s last presidential election held in May 2018 saw a 46 percent voter turnout despite a boycott by most, though not all, of the major opposition parties. The opposition’s objections to the electoral process centered on unfair practices — such as the failure of the state-run TV channel to provide all candidates with the stipulated advertising time — but did not, for the most part, consist of allegations that votes were not properly counted or that voting was not secret. Following the elections, President Trump issued an executive order restricting Venezuela’s ability to liquidate state assets and debt in the United States.

Human Rights
Venezuela’s record on human rights has been denounced on many grounds with well-founded evidence. The government has jailed opposition leaders, and security forces have clashed with protesters in 2014 and 2017 resulting in nearly two hundred deaths in total. An objective evaluation, however, needs to consider context.

On both occasions, urban areas were paralyzed for four months, hundreds of barricades built, and arms used by protesters resulting (in 2014) in the death of six national guardsmen and two policemen while military and police installations were fired upon and overrun. On August 4, 2018, two drones attempted to assassinate President Maduro, who was addressing a rally, along with his wife and members of the military high command. One can only imagine the response of other governments in the face of similar tactics.

In Honduras, President Hernandez’s security forces are not victims of violence — they are perpetrators. The UN’s Human Rights Council (UNHRC) report issued in March stated: “Impunity is pervasive, including for human rights violations, as shown by the modest progress made in the prosecution and trial of members of the security forces for the human rights violations committed in the context of the 2017 elections.”

Corruption
Few can deny that corruption is widespread in both nations. In the case of Venezuela, President Maduro acknowledged the possible veracity of denunciations formulated by insiders in 2014 regarding a multi-billion dollar swindle as a result of the system of exchange controls. He failed to act. Only in mid-2017 did he begin to clamp down on corruption through the appointment of a new attorney general.

In Venezuela, however, there is nothing equivalent to the type of evidence presented in the trial of Tony Hernández that millions of dollars of drug money contributed to the election of the president of Honduras.

Backlash on the Horizon?
Why are countries like Venezuela on Washington’s hit list while undemocratic ones like Honduras receive favorable treatment? One explanation is that while Venezuela has pursued anti-neoliberal policies, Honduras since the US-supported overthrow of President Manuel Zelaya ten years ago has implemented neoliberal policies. This includes the privatization of health and water this year, which was met with street protests that were harshly repressed.

Another explanation is that Washington has its eyes on Venezuelan oil, a policy objective that Trump has justified with the slogan “to the victor goes the spoils” and is now considering for Kurd-occupied territory in northeastern Syria. A third explanation is Venezuela’s cozy economic, political and military relations with Russia and China. Rather than mutually exclusive, all these arguments contain important elements of truth.

The Honduras-Venezuela comparison shows how self-serving and conspicuous Washington’s role as judge and cop has become under Trump. Although interventionism in favor of US interests has been a long-standing component of Washington’s foreign policy, it is now being applied with steroids.

An international backlash appears to be on the horizon. This was evident in the UN General Assembly on October 17 when 105 delegates voted to admit Venezuela as a member of the UNHRC, and many of them roundly applauded after the results were announced. The US had actively campaigned against Venezuela’s membership, but since the vote was secret, efforts at bullying combined with material inducements could not be effectively employed.

Meanwhile, protests on the streets of Tegucigalpa and other cities in Honduras are calling for the resignation of Juan Orlando Hernández in reaction to his brother’s conviction. It may be that in spite of all the efforts of the Trump administration to oust Maduro, our man in Tegucigalpa will end up going first. 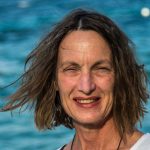