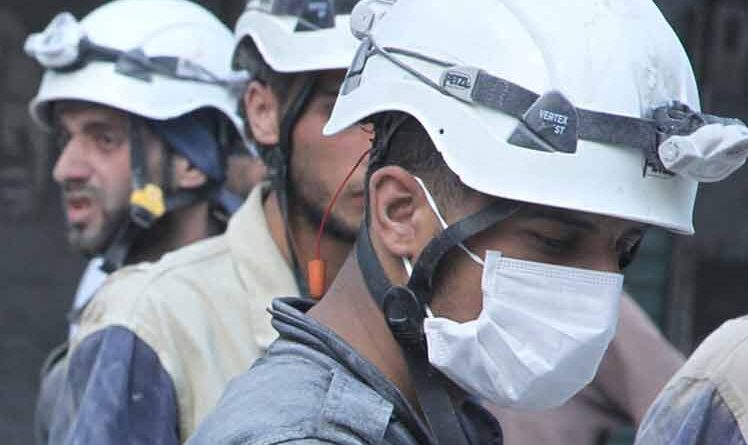 Damascus (Prensa Latina) The most recent denunciation from Syria confirms the support of Western powers to the alleged humanitarian organization of the White Helmets which is also a fraud of crude media manipulation.

The Syrian Foreign Ministry criticized as deceiving the German government’s misinformed handling of the offer of asylum and justification of the presence in that European nation of Raed Al Saleh, leader of that ‘organization’ in alliance with the terrorist Front for the Liberation of the East, formerly known as the Al Nusra Front,.

For Syria, such actions ‘constitute a flagrant violation of the resolutions of the United Nations Security Council’ and are part of the disinformation campaigns that have become basic synonyms of the treacherous war’ against this country of the Levant.

Everything happens even when the German Ministry of the Interior warned Al Saleh is linked to terrorist groups, as published by several publications in that European country such as the Der Spiegel weekly.

The story of this ringleader, according to abundant data on him since at least 2013, indicates that together with late James Le Mesurier, he founded the White Helmets through a shell company called Mayday Rescue, registered in the Netherlands with offices in Amsterdam, Dubai, Jordan and Turkey.

In 2018, Al Saleh himself was interviewed by the Turkish agency Anadolu, and he avoided links with Le Mesurier, a former UK army officer and security consultant in that nation, whom Russia’s foreign affairs spokesperson, Maria Zakharovic, defined as having connections with terrorist groups in Kosovo and the Middle East.

The current ‘asylum seeker’ in Germany, recognized on that occasion that they receive financial and material support from United Kingdom, United States, Holland, Denmark, Spain and Berlin, in addition to mentioning the Turkish Disaster Management Agency and the Red Crescent with headquarters in Ankara. He also admitted that Mayday Rescue is the one that channels all that support.

Neither at that time nor after the death, in circumstances never clarified by Le Mesurier in Istanbul at the end of 2019, Al Saleh refer to this nor the role he played in the whole organization of the White Helmets.

Despite the evidence, the current head of the alleged humanitarian organization, never gave details of the ‘evacuation’ of himself, his family and other 400 members of the White Helmets in 2018 from areas of the Syrian provinces of Deraa and Quneitra to Jordan and with the ‘assistance’ of the Zionist regime of Israel.

On that date, the Syrian government army expelled the terrorist groups from those regions, but they received logistical support and in field hospitals set up by Israel, right on the border of the occupied Syrian Golan territories.