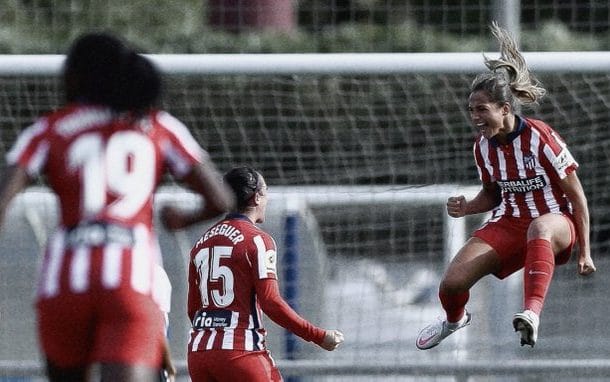 Deyna Castellanos scored her fourth goal of the Spanish professional women’s soccer season, this time against Deportivo La Coruña. The Venezuelan forward, after a centering pass from Ludmia da Silva, beat the opponent’s goalkeeper on the right with an impeccable running kick.

The match ended in a thrashing as Atlético de Madrid piled on eight goals to just one from Deportivo Abanca. The heroine of the match was the Brazilian Ludmila da Silva, who scored four goals.

The Maracay-born Venezuelan Castellanos also assisted on a goal by the British player Toni Duggan, who scored the seventh Atlético de Madrid goal of the match.

In nine games Deyna Castellanos has scored four times and has twenty assists, numbers that consolidate her lead on the Spanish capital city’s team.