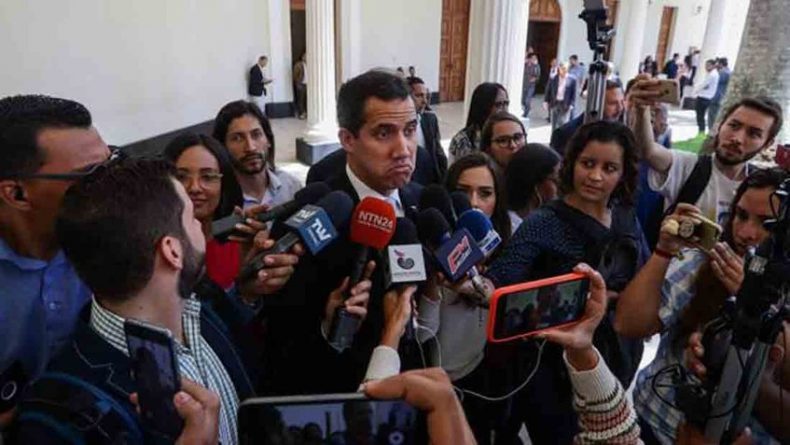 More than 100 thousand dollars donated to an NGO in Cúcuta by Caroline Kennedy, daughter of the US president John F. Kennedy and Jacqueline Kennedy, are missing, according to the right wing outlet PanAm Post during an interview with Lester Toledo, sent by Voluntad Popular to Colombia -for damage control- after the scandal of the robbery and swindle of Guaido’s emissaries in that city.

According to the journalist Orlando Avendaño, the same one who uncovered the pot of Voluntad Popular in Cúcuta (Guaido-Gate), Kennedy’s money would have been given to the NGO “Venezolanos en Cúcuta”, managed by Eduardo Espinel, owner of a Venezuelan restaurant in that city.

“A few days after [the donation], and this I know very well, she [Caroline Kennedy] sent someone asking about that money and it turns out that nobody knows where it is,” says Avendaño during the dialogue with Toledo in Bogota, which told him: “We are going to talk about money, lots of money …”

Toledo responded that he was unaware of this case, although he indicated he knows Eduardo Espinel, and said “he is my pal” and he has gone to visit the refuge for emigrants Espinel has in the Colombian border city.

In the Kennedy case, there are others who added to the list of scammed Colombian businessmen. ” Entrepreneurs in Cúcuta have told the correspondent of PanAm Post, that they have donated a lot of money [to the NGO “Venezolanos en Cucuta”], and they do not know where that money is,” says Avendaño, obtaining as a response from Toledo that he does not know about those cases and that he only knows Espinel’s NGO.

Rojas and Barrera are Guaidó’s people

The mystery of Calderón Berti

Another point that Toledo tries to clarify without success, is the discussion via Twitter between Calderón Berti and Guaidó when the plot was uncovered in Cúcuta. Guaidó ordered Calderón Berti to initiate an investigation and the ambassador replied that he had been on it for two months, says Avendaño.

In fact, Calderón Berti from the beginning had made clear via Twitter that he had reported the case to Caracas, but did not receive attention, although he did not denounce it publicly either. However, it is very possible that Calderón Berti was the source for PanAm Post from the beginning. From there maybe that the tweets crossed with Guaidó, the “ambassador” issued another series of tweets talking about his life of honest life without anyone being asked.

This way, the other case of attempted fraud -untouched in the interview with Toledo- with Kevin Rojas and Rossana Barrera would also have been made public; the fraudulent use of emails from Guaido’s “embassy” in Bogotá to hold a fundraising party with diplomats and Bogota’s elite, with Calderón Berti explicitly refusing any association to it and abruptly canceling it the day before it was scheduled.