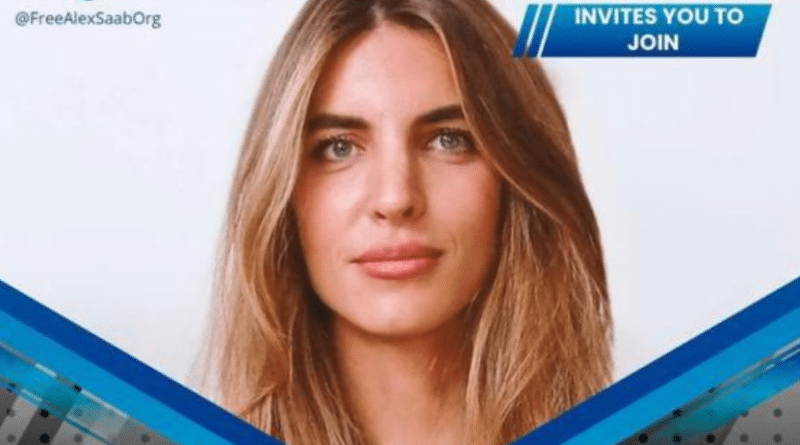 Alex Saab is a Venezuelan diplomat the US government has illegally seized and imprisoned for what the US considers “violation” of the illegal US economic warfare on Venezuela. He was in fact assisting Venezuela in legally working around the US blockade on his country by finding the means to import food, medicine, and materials for the Venezuelan oil industry. The US is seeking to coerce Alex Saab into disclosing the methods Venezuela uses to circumvent the US-Canadian-European sanctions with the goal of further tightening the economic blockade and suffering on the Venezuelan people. These sanctions are illegal according to the United Nations. His seizure by the US violates long-standing international law for one country to arrest and imprison a diplomat of another country. Alex Saab’s next trial date will be in Atlanta the week of April 4 – anniversary of the murder of Martin Luther King.

Roger Harris is with the Task Force on the Americas and on the executive committee of the U.S. Peace Council. He was on the emergency international delegation to Cabo Verde in June 2021, where Alex Saab was held prisoner

Sara Flounders is a US political writer active in progressive and anti-war organizing since the 1960s. She was also on the emergency international delegation to Cabo Verde in June 2021. She is a Contributing Editor to Workers World newspaper, as well as a principal leader of the International Action Center.

Tony Jeanthenor, chairperson of Veye-yo, longtime grassroots organization of Miami. Supporting all human rights causes, the right of the popular of the Haitian population to choose and live with their elected leader.

The webinar will be in have Spanish-English interpretation. 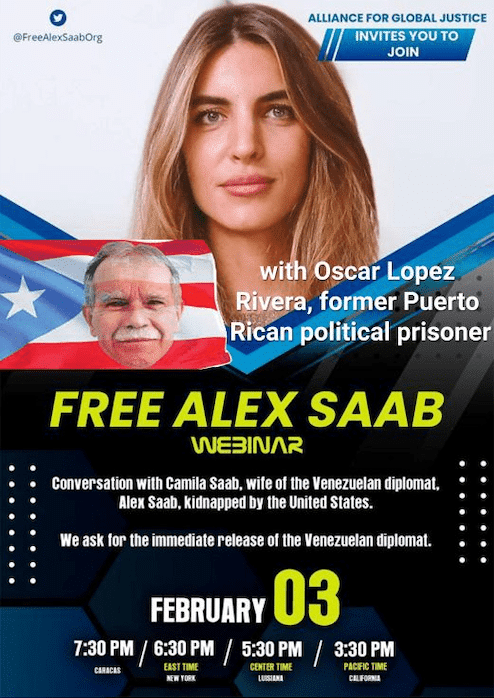 Featured image: Camila Saab photo in a poster for the webinar. Photo: FreeAlexSaab.org.