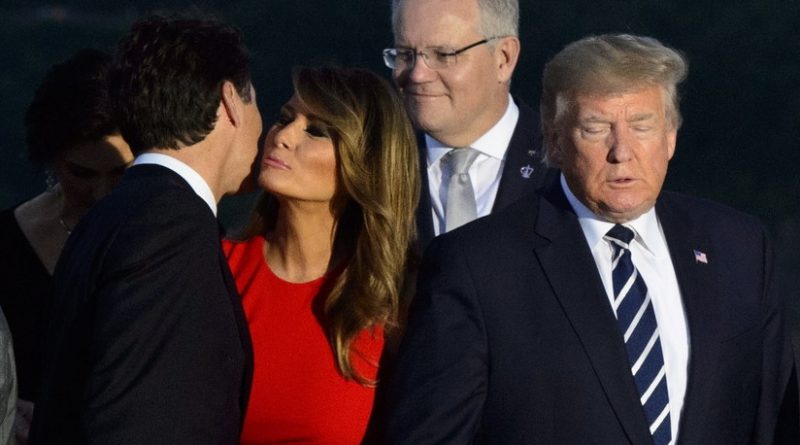 Both greeted each other with a kiss during the G7 summit in France.

The images of the greeting between Melania Trump and the Prime Minister of Canada, Justin Trudeau, in the framework of the G7 summit that was held during this weekend in Biarritz (France) have attracted the attention of numerous users, who have interpreted them in a humorous way.

The photographs were taken while the political leaders prepared to pose for a group photo, as mandated by this type of meeting.

The cameras of the reporters captured the affectionate expression of the wife of the American president who, smiling and with narrowed eyes, approaches his lips to the face of the head of the Canadian Government.

Melania is ready to risk it all #Trudeau pic.twitter.com/lEz5sjuQBD

” Melania is ready to risk everything, ” joked American comedian Loni Love on Twitter.

“It looks as if even Melania was thinking about an escape plan in Canada , ” he wrote the radio host Dean Obeidallah, probably referring to the famous who had expressed the possibility of exile in that country if Trump won the elections of 2016.

” Everyone should find someone who looks at them the way Melania looks at Justin Trudeau, ” another tweeter ironically .

“Enjoy this hilarious photo of Melania Trump kissing Justin Trudeau happily while her grumbling husband looks away looking down,” says another tweet.