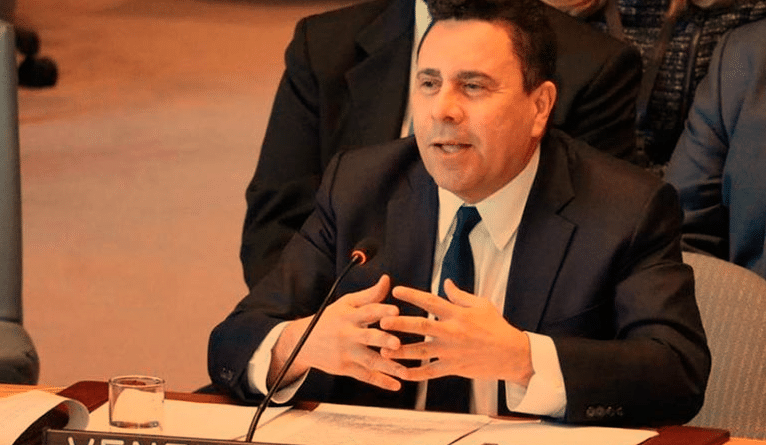 Yesterday the General Assembly of the United Nations recognized the credentials of the government of President Nicolás Maduro as the legitimate representative of the nation of Venezuela.

These statements were released by Venezuela’s United Nations ambassador, Samuel Moncada, who explained that the recognition of constitutional government of Venezuela occurred during the voting process carried out every year by the General Assembly in order to determine the legitimacy of each country.

Moncada commented, during a phone interview with Últimas Noticias, that the credentials of the Venezuelan government were vouched for by the great majority of UN member countries.

The list of countries which oppose this official recognition was proposed by Colombia at the General Assembly.

Moncada described the decision of the UN General Assembly as a victory with important implications for Venezuela, especially in regards to Venezuela’s gold, the ownership of which depends on who presides over the recognized government of Venezuela. Additionally, this decision will have repercussions for the International Monetary Fund, which now holds six billion in Special Drawing Rights which were allocated to Venezuela.

Moncada reiterated that last year the enemies of Venezuelan totaled more than 50 votes at the UN, and that now they are barely 16.

He also reminded the public that in 2019 “the colonial slave created by the US in order to loot Venezuela was supported by six countries. Now in the UN General Assembly, only 16 countries out of 60 refuse to recognize President Maduro. This is a victory for international law and the self-determination of peoples.”