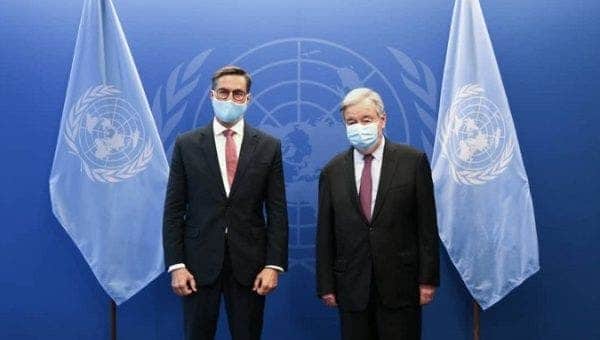 “Political collaboration is needed more than ever due to the economic recession and health crisis prompted by the COVID-19 pandemic,” Plasencia said, stressing that the government of President Nicolás Maduro currently holds dialogues with the opposition in Mexico to reach agreements that favor their country.

This meeting followed the 76th Session of the United Nations General Assembly (UNGA), where Maduro condemned the US blockade against his country and urged President Joe Biden’s administration to respect the right to self-determination.

“Besides freezing the assets of the Venezuelan State in foreign banks, the sanctions prevent us from acquiring first-need products and exporting our minerals and oil,” Plasencia explained and recalled that this coercive policy caused a 69% drop in goods and services imports from 2015 to 2019.

My #UNGA message to world leaders this week:

We are on the verge of the precipice.

The Venezuelan chancellor also pledged to bring this issue to the UNGA and stressed that nuclear weapons are a threat to humanity that must be defeated. “We invite the governments of the world to work together to guarantee the life and peace of all peoples,” he insisted.