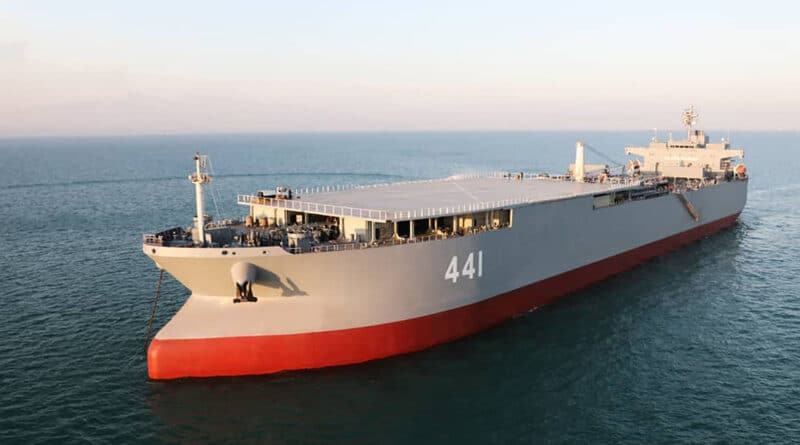 This Monday, May 31, Iran warned the United States not to “make a calculation error” or violate its right to free navigation, following the circulation of reports that two Iranian warships were headed to Venezuela. US media, in particular Politico, was responsible for disseminating the news.

Iran’s statements were made by spokesperson for the Ministry of Foreign Affairs, Saeed Khatibzadeh, during a press conference offered to the media in his country. “Iran has a constant presence in international waters, and possesses this right, based on international law,” said the spokesperson.

In that sense, Khatibzadeh emphasized that “no country can violate Iran’s right to free navigation on the high seas.” The claims of the reports would represent an attempt by Venezuela and Iran to consolidate commercial exchange despite the coercive blockade that the United States maintains on both nations.

Although there has been no official pronouncement, US media outlet Politico pointed out that that a frigate and the Makran warship supposedly left Tehran, and had advanced along the east coast of Africa, heading south. They assumed that the ships’ destination was Venezuela.

“The US national security community is monitoring two Iranian naval vessels whose ultimate destination may be Venezuela, according to three people familiar with the situation, in what would be a provocative move at a tense moment in US-Iran relations,” wrote Politico, in part, in a news piece published Saturday night, May 29.

RELATED CONTENT: According to Reuters 500,000 Barrels of Diesel Arrived in Venezuela

These types of veiled threats launched by the Pentagon through its mainstream media stenographers are typical, and in May 2020 were responsible for creating international friction when Iran sent five tankers loaded with oil and other products much needed by Venezuela, faced with the illegal US and European blockade that affects million of Venezuelans.

Politico added: “At one point on Thursday, US military officials understood the ships had turned around, but as of Friday morning they were still steaming south, one of the people said.” This provides clear evidence of the source of this information and media hype, and shows that the US continues to try to increase the suffering of Venezuelans, who face a tightening of “sanctions” that now also affects diesel fuel, much needed for public transportation and agricultural production across the country.