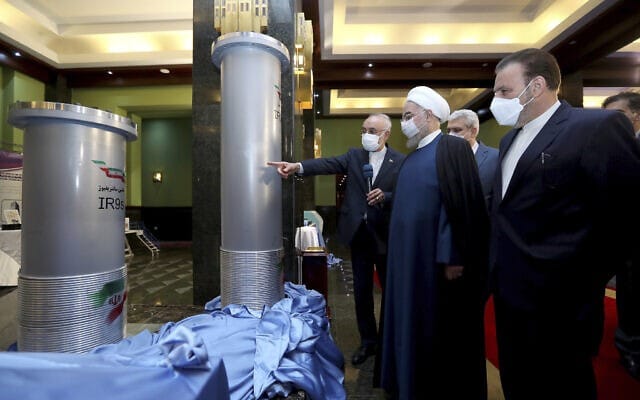 The Islamic Republic proved to be a shark with sharp teeth during its negotiation with the signatories (Russia, China, France, Great Britain and Germany) of the nuclear deal in Vienna, leaving few choices to the negotiators. Iran showed how complex and inflexible its position is with the most powerful county in the world, forbidding the US envoy to join the mediators in the same room because Donald Trump revoked its 2015 nuclear deal agreement. Moreover, Iran used the Israeli sabotage actions against the Natanz nuclear facility as an excuse to hit Israel, the US and all European negotiators who side with the Americans. It brought to the Vienna negotiation table news that it has started enriching uranium to its highest-ever purity of 60% and while its advanced IR9 centrifuges produce 9 grams an hour (although Iran will drop production to 5 grams an hour in the coming days).

This new Iranian capability is embarrassing for Israel’s Prime Minister Benyamin Netanyahu, who thought he was in control of the situation but who now realises that he is to blame for Iran’s surprising reaction that has greatly improved its negotiating position. European negotiators had no choice but to bow to Iran’s response and retaliation. It was a blow to Netanyahu, who had bragged about his Natanz’s sabotage operation and saidthat he, as a person, “would never allow Iran to obtain nuclear capability”. US intelligence wrongly estimates that Iran needs nine months to restore Natanz’s production. Both the US and Israel believed Iran is in a weak position, demanding nine months of negotiations, and that there is, therefore, no hurry to lift the sanctions. It took Iran nine hours to change the old IR1 centrifuge for a more advanced IR6 centrifuge that can separate isotopes more quickly than the older one, resuming production in a massive blow to Iran’s adversaries.

Prime Minister Netanyahu believed the lack of Iranian retaliation to his thousand attacks in Syria against targets that included some Iranian warehouses and assets meant that he could repeat the same scenario against Iran in its theatre at the Straits of Hormuz and in the Red Sea.

Netanyahu was a victim of his own bravado. He broke the Israeli tradition of denying responsibility for sabotage attacks carried out by the Mossad overseas. Iran surprised Netanyahu and his chief of staff, Aviv Kohavi, when an Israeli ship was hit by a missile launched from a drone in the Red Sea that is not far from Iran’s area of control. Iranian intelligence capability demonstrated the effectiveness of its close monitoring of the Israeli owned ship navigating in the Strait of Hormuz and the Red Sea. The Iranian Revolutionary Guard Corps (IRGC) navy demonstrated competent retaliation under orders.In the last ten years, the Israeli Prime Minister and his military advisors were right in estimating that the war in Syria was an opportunity to destroy the Syrian army’s capability. The country was occupied by Takfiri (ISIS and al-Qaeda), Turkey and the US were occupying the north, EU and US sanctions were imposed on the central government, and the economy was critical. Moreover, Russia wanted to avoid another front between Syria and Israel at all costs. Moscow offered President Bashar al-Assad unlimited quantities of interception missiles and managed to secure the approval of Assad not to go to war with Israel at least until the country recovers. The Syrian President rejected multiple Iranian arguments that deterrence must be imposed – like the deterrence established by Hezbollah in Lebanon – by bombing selective Israeli targets using Syria’s stockpile of Iranian precision missiles to prevent further Israeli violations.

Nevertheless, Netanyahu and his team were wrong in expecting Iran would refrain from retaliating for the Israeli assassination, sabotage and attacks against Iranian ships. Iran has changed its strategy of avoiding conflict when it downed the most expensive US drone and bombed the largest US military base in Iraq, Ayn al-Assad. Iranian officials had decided to take the matter in hand and not ask their allies to fight on its behalf.

The fact that Iran has become a regional power with significant influence in Yemen, Iraq, Syria, Lebanon and Afghanistan, means that Iran can show to its allies spread in the area of influence that it dares to fight the most powerful country in the world face-to-face and to hit back fearlessly the US’s main ally in the Middle East, Israel.

Iran accepted the Israeli challenge and took advantage of the opportunity given when Israel acknowledged its responsibility for the sabotage attack in Natanz and against the Iranian ship in the Red Sea. Iran has managed to transform the menace into an opportunity and to impose its conditions on the negotiators in Vienna. Netanyahu burned his fingers and now realizes better that playing with Iran is not without consequences. He has seriously weakened his European and American partners in the nuclear negotiations in Vienna.

The Iranian delegation told their interlocutors around the table that it doesn’t have much time to lose and that any attempt to circumvent negotiations will not be tolerated. Tehran showed its capability to develop military nuclear grade, outside of any defensive or offensive strategy.

Iran did not ask for a guarantee against another Trump-like decision – which revoked the nuclear deal – in the future because its nuclear capability is the guarantee. Iran is not asking for a guarantee from China and Russia, which are under US sanctions. Iran exhausted its patience in 2018 when it waited for an entire year without using its right to gradually withdraw from the JCPOA (Joint Comprehensive Plan of Action). Iran then believed Europe might come forward and hold to its commitments even if the US pulled back. That was not the case, and Tehran is now aware that Europe and the US have the same objectives hidden behind different behaviours.

Today it is known that Iran is enriching uranium up to 60% and can reach 90% in several months. This does not mean Iran is necessarily producing nuclear weapons, but it is enough to cross the West’s red lines. If the US sanctions are not lifted or partially lifted, if the deal is revoked or other sanctions are imposed in the future, Iran will fall back into its complete nuclear cycle without any warning.

The Iranian negotiators are asking that all sanctions be lifted. They will provide a list of sanctions to be immediately eliminated. The Leader of the Revolution Sayyed Ali Khamenei instructed his negotiators that Iran is not ready to make any gesture of goodwill, nor is it in a position to understand the US President’s domestic bickering and struggle with those who stand against the nuclear deal. The ball is in the US’s court, and Biden has little time to lose. This time Netanyahu is licking his wounds instead of driving the equation. 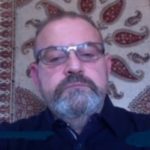