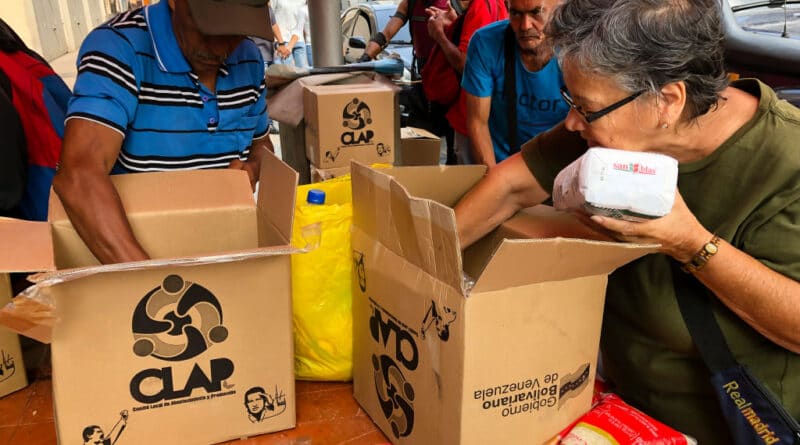 Venezuela discovered a plan to infiltrate the structure of the Local Supply and Production Councils (CLAP), President Nicolás Maduro revealed this Wednesday, November 25.

In his regular weekly televised working meeting dedicated to economics and production, the head of state said that the dismantling of an operation was just been completed. The state-subsidized CLAP program delivers food to about seven million Venezuelan households each month, at almost no cost to recipients. Maduro offered some details about the procedures they tried to apply against the program:

“We recently discovered a plan to try to infiltrate CLAP. They wanted to buy the CLAP with dirty money from the United States government, using some cards and other things. Dirty work to do harm,” he commented.

Maduro held the government of Washington directly responsible for trying to interfere in a platform that guarantees the distribution of essential foods in the midst of the difficulties facing Venezuelans.

“They sanction us, they block us, they prevent us from importing food, and then they try to disrupt, infiltrate, buy and damage the leadership of the CLAP. They have not been able to, nor will they, and we will not let them,” said the president without providing further details.

The Venezuelan president recalled that a week ago he approved a plan to strengthen and improve the recipe that constitutes the supply of items by this key socialist program.

On that occasion, the head of state, Nicolás Maduro, explained that earlier this year the Venezuelan government imported from Mexico, Panama, Brazil and other countries, approximately six million CLAP boxes, with twenty-four products, in addition to the six million boxes that were produced locally.

The proposal consists of incorporating the products specific to each region into the food combos distributed in the communities, in addition to the standardized nationwide menu.