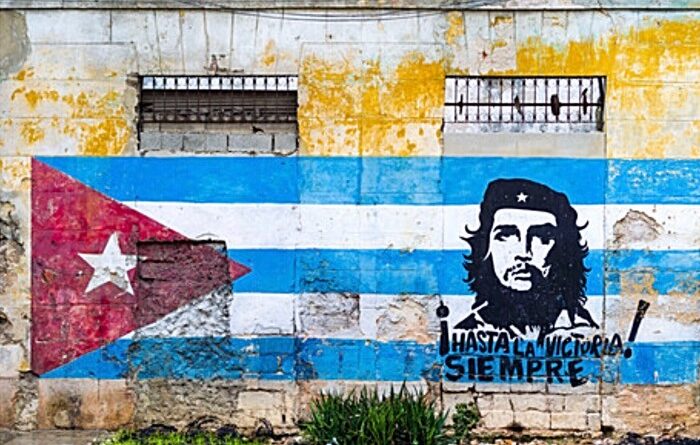 Earlier this month, the people of Bolivia made major progress towards reversing the imperialist coup which ousted their democratically elected socialist president Evo Morales last November. After months of armed struggles and protest blockades, they’ve forced the coup regime to hold a new election on October 18th. Despite the regime’s best efforts to make itself into a bourgeois dictatorship through perpetually delaying elections and unleashing death squads, the indigenous and proletarian resistance movement has subdued it in this way. But because Bolivia is still a bourgeois state, we still can’t be sure whether this will result in the regime’s demise and the restoration of a socialist government.

Who knows what the fascists in the Bolivian government and their U.S. imperialist backers will do to try to hold on to power? Rig the election? Stir up more racist violence that intimidates their opponents into surrender? These things are almost unbearable to contemplate after all of the hardships that Bolivia’s poor and indigenous people have endured in this last year, but the strength of the imperialist beast makes them necessary to prepare for. Already, violent pro-regime groups are attacking Bolivia’s Human Rights Ombudsman while the regime’s police look on. Much more bloodshed will stand in the way of Bolivia finally becoming free from imperial control.

This reality, along with the fact that so much blood has already had to be shed in the resistance against the coup, should teach us a lesson about how to defeat capitalism and imperialism. It should teach us that when proletarian revolutionaries don’t overthrow the existing, capitalist-run state and replace it with a dictatorship of the proletariat (also called a proletarian democracy), the capitalists will retain the upper hand even after the socialists have won a country’s highest office. Which will make counter-revolutionary events like Bolivia’s coup all the more possible.

Morales wasn’t to blame for the fact that in 2005, when he came into office, material conditions necessitated Bolivia’s socialist party to take power through elections rather than through overthrowing the state. The latter option evidently wasn’t as feasible at the time, and by taking the electoral approach, Morales was able to lift his people’s living standards far faster than if he were to have rejected power before an overthrow could take place. His only fault was in assuming that he would merely have to create an anti-imperialist military school, rather than build a revolutionary militia like the Chavista government has done in Venezuela.

But because of the self-reinforcing nature of the bourgeois state, this understandable miscalculation on his part helped lead to the military turning against him in the wake of last year’s wave of right-wing terrorism. Apparently teaching the military personnel to oppose imperialism wasn’t sufficient when the empire could so easily set its thugs upon the country. The factors shifted in favor of the reaction, because the reaction wasn’t held back by the constraints that a dictatorship of the proletariat would have provided.
In the five existing communist countries of China, Cuba, Vietnam, Laos, and the DPRK, the dictatorship of the proletariat safeguards against counter-revolutionary forces in ways even more effective than what the Chavistas have been able to do. When the proletariat is fundamentally in control of the state apparatus, the state can prioritize the defense of the country’s borders from reactionary propaganda, terrorism, and other kinds of imperialist subversion.

China’s “great firewall” is about stopping people from being bombarded with the anti-Chinese lies and bigotry that the U.S. empire constantly dumps into the internet. The DPRK’s policy of creating a largely separate internet for itself is motivated by the same desire to shield its culture from the poisonous deceptions of the imperialists. Cuba’s online censorship is also motivated not by some kind of top-down tyranny, but by a democratically decided choice to shield people from the empire’s psychological warfare.

If Vietnam and Laos were undergoing similar mounts of imperialist attacks, they would put in place the same kinds of information and military defenses that these three other Marxist-Leninist states have.

Such extensive protection measures aren’t possible in Venezuela, where much of the media is still controlled by the capitalist class and their allies in Washington. Venezuela’s capitalist class has also managed to blunt the governmental power of the Chavistas by keeping in place a counter-revolutionary bureaucracy-one that helped enable the staged attempt last year to install the imperialist puppet Juan Guaido in place of the democratically elected president Maduro. Chavez himself lamented the counter-revolutionary nature of the state structure that his movement is trying to overcome.

In this situation, one where an anti-imperialist government is trying to build socialism despite existing in a bourgeois state structure, Chavez and Maduro’s ability to keep the military on their side is what’s been crucial in saving them from all of the U.S. coups attempts in Venezuela. In Bolivia, where last year the imperialists could both cause a post-election wave of racist violence and turn the military against the targeted leader, counter-revolution became unstoppable.

Our task as proletarian revolutionaries is to work towards Marxist-Leninist revolutions in our respective countries, while learning from the missteps that have caused counter-revolution to triumph in the countries that used to be Marxist-Leninist. The Soviet Union and its most dependent partnered socialist states didn’t fall because the USSR was Marxist-Leninist. It fell because the USSR’s post-Stalin leadership abandoned the dictatorship of the proletariat. Khrushchev, in his opportunistic campaign to further the bourgeois vilification of Stalin, dismantled the country’s proletarian-run democracy and opened the state up to political leverage from the capitalist class. The end result of this revisionism was the traitor Gorbachev, who dismantled the Soviet Union itself.

Kim Jong Il concluded that socialism collapsed in the USSR and the GDR because “they neglected class education and abandoned the class struggle. After assuming state power, Khrushchev weakened the function of the dictatorship of the state as a weapon of the class struggle. As a result, socialism could not be defended in the Soviet Union.” This summarizes the essence of the line that we must embrace if we want to make any socialist project succeed in the era of imperialism and capitalist reaction. This is a line that consists of overthrowing the capitalist state, and then building a new state that will commit to depriving the bourgeoisie of power over government.

Even if the socialists unseat the fascists in Bolivia this year, the country’s road to becoming a Marxist-Leninist state of the same vein as Cuba or China will be filled with complications and obstacles. So is the case in every other country that’s currently run by a bourgeois state. If you live in one of these countries and are serious about wanting to build socialism, all you can do is try to better educate yourself and others about revolutionary theory, build the communist organizations that can become the revolutionary vanguard, and equip yourself for potentially violent confrontation with the forces of counter-revolution.