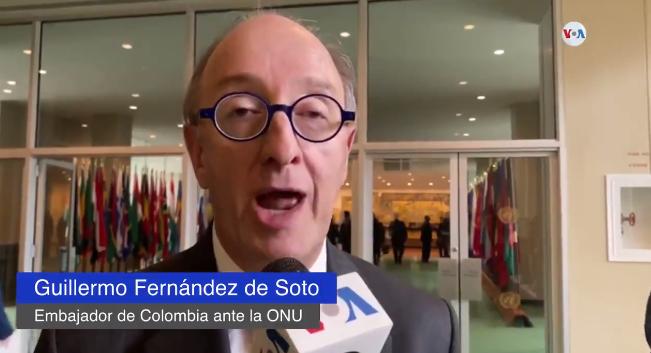 On Thursday, October 17, the Colombian ambassador to the United Nations Organization (UN), Guillermo Fernández de Soto, said his country rejects the fact that Venezuela is part of the Human Rights Council, because – in his judgment – “it does not have the requirements or moral authority.”

However, the Colombian official acknowledged that the decision to withdraw Venezuela from that Council is not personal, but must be decided by all UN member countries.

“It is a position of principle that we express publicly with our allies of the Lima Group and we continue to maintain it,” Fernández said blatantly.

So far this year more than 150 social leaders have been killed in Colombia, under the complete inaction of the administration of this country, which is why the Colombian people have remained in constant protests and demonstrations in the streets to demand Justice in recent months.