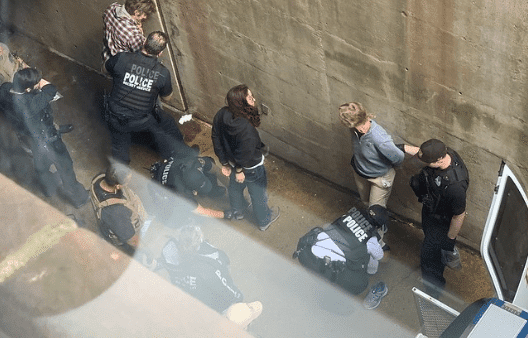 Washington (UrduPoint News / Sputnik – 14th December, 2019) A US judge ruled that four activists who were arrested during the State Department’s seizure of the Venezuelan Embassy in Washington in May must face trial without documents that activists say prove they were wrongly arrested, a Sputnik correspondent reported on Friday.

Earlier this month, the activists had asked the court to order the US government to hand over documents that they say prove they cooperated with law enforcement officers in the days leading up to their arrest, court documents show.

Chief US District Judge Beryl Howell during a status hearing at the District Court for the District of Columbia on Friday denied a request by the defendants to obtain the documents in time for their February 11 trial.

The four activists – Margaret Flowers, Keven Zeese, Adrienne Pine and David Paul – were arrested on May 16 when US Secret Service and State Department police raided the embassy to seize the facility and hand it over to Venezuelan opposition figure Juan Guaido. The activists had been residing at the embassy with the permission of the Venezuelan government of President Nicolas Maduro.

The US government has charged the activists with “interfering with the protective functions of the State Department.”

Activists’ lawyers said in a court filing that the documents prove that the activists did not interfere with the protective functions of the State Department, thus undermining the criminal charges that they currently face.

“The judge decided that we are not entitled to additional discovery.

We are going to the jury trial,” John Zwerling, a lawyer for one of the activists, told Sputnik after the status conference.

During Friday’s hearing, the defendants noted that the US authorities could have entered the building in a peaceful manner. But they instead broke into the embassy to arrest the four activists, who had been residing in the building for more than a month as guests of Venezuela‘s government in an effort to prevent Guaido’s representatives from seizing it.

The activists argue that they had a legal right to stay at the facility because the embassy belongs to Venezuelan President Nicolas Maduro’s legitimate UN-recognized government.

The four were on May 17 granted conditional release pending trial, provided that they do not come within 100 feet of Venezuela‘s diplomatic facilities, report to the court on a weekly basis and do not travel abroad without permission.

Venezuela has been suffering from a severe political crisis since late January when US-backed opposition leader Guaido proclaimed himself interim president in a bid to oust Maduro from power. Maduro has accused Guaido of being a US puppet, working with Washington to orchestrate a coup so that the United States can control Venezuela‘s natural resources.