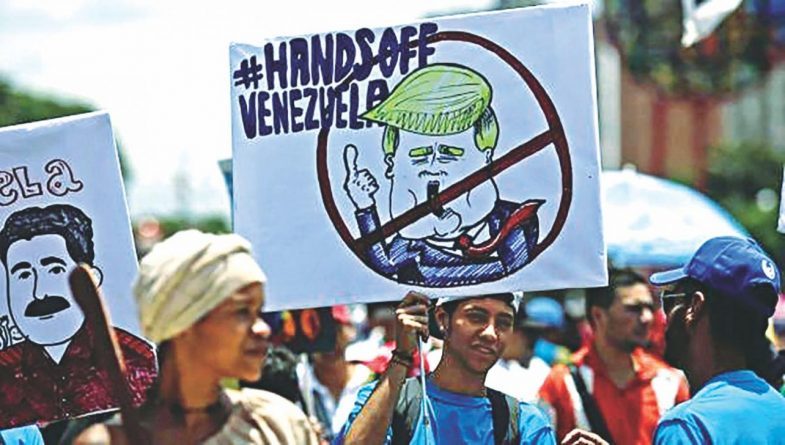 As a result of different requests from friends of Venezuela in the US and also as a simplification exercise Orinoco Tribune’s staff decided to make an easy to follow timeline about the more than documented United State Aggression/Sanctions against the Bolivarian Revolution, starting with Hugo Chavez and continued/magnified with Nicolas Maduro.

The US and world elite have attacked the Bolivarian Revolution thinking that it exists because of its leadership and not realizing that Chavismo is a state of mind shared by millions of Venezuelans and also by anti-imperialist and chavista people all over the world and also not understanding that when Chavismo is threatened that anti-imperialist and nationalistic (in the good sense) sentiment magnifies exponentially.

The source of this brief is based on the work of Eva Golinger from 2015, when she was still a militant of the Bolivarian Revolution and is also based in the recent and wonderful work of Pasqualina Curcio that not only enumerates aggression after aggression but also translates it into real things that we Venezuelans are not having as a consequence of US Imperialism.

It is important to highlight that most of the analysis is based only on US aggression/sanctions not taking into account the aggression from Europe or other Latin American countries that are less relevant but add to the amount of human right violations the Venezuelan people have been resisting since 2002.

The continuation in time of the aggression/sanctions since 2002 until 2019 reflects that US imperialism has been trying to get rid of the Bolivarian Revolution using the same excuses they are using today and counting on the short memory of most human beings.

This is the list of US attacks and aggressions against Venezuela:

How you translate the most recent sanctions into real things the Venezuelans have been denied access to:

“Each number presented here corresponds to the face of a Venezuelan woman, a man, a boy, a girl. It is not only about the economic impact on imports or production, it is about the impact that these economic aggressions have on the guarantee of the human rights of each Venezuelan” –Pasqualina Curcio, The Impact of the Economic War Against the People of Venezuela.

With love to Jim and Janet Fennerty, los abuelitos