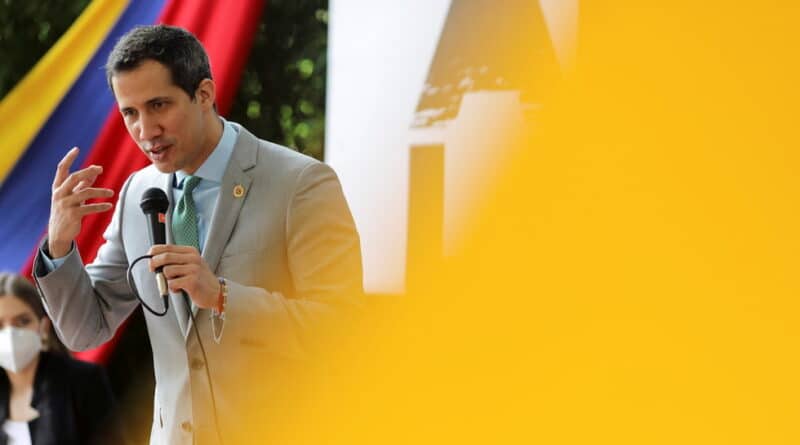 Most people around the globe would agree that 2020 has been a year to forget. This is certainly, if not especially, true for Venezuela’s opposition, and the upcoming parliamentary vote will only add to their misfortunes.

A revolt from within the opposition ranks who sought the ouster of self-proclaimed ‘president’ Juan Guaido as head of the National Assembly set the tone in early January, with scandals and defections cascading month after month.

Among the most notable gaffes of course was the preposterous invasion failure in May that the hapless leader feverishly denied involvement in. A member of Guaido’s inner circle resigned from his ‘post’ after the ex-US Marine turned-mercenary who headed the operation produced a recorded phone conversation along with a multi-million contract of the plot bearing Guaido’s signature.

As this now infamous year winds down, things aren’t looking any better for the would-be leader and Co., given that they will almost certainly end up in political purgatory after votes are counted in the country’s legislative election on December 6.

The most likely result of the contest – the 26th election held in 21 years of the Bolivarian Revolution – is a victory for the Venezuelan United Socialist Party (PSUV) led by Nicolas Maduro, who even promised to step down if the opposition wins.

A certain outcome however, is that Guaido and his US-backed coalition will be left without any representation in the National Assembly after the group opted to boycott the elections, claiming a lack of guarantees for free and fair elections.

Their allegations have been echoed by US officials and parrotted by some in the mainstream media, with others going as far as to cry fraud before any vote has actually taken place.

When @TheEconomist pronounces Venezuela’s parliamentary election rigged before it even happens, and produces zero evidence to back up its claim, you can be sure the State Department is working to delegitimize the contest and compelling its paid opposition proxies to boycott it. pic.twitter.com/RvEyBBrpLN

This isn’t the first time Venezuela’s opposition parties have disavowed election authorities and results. In fact, prominent sections of the opposition have attempted to levy fraud charges in every one of those over two dozen elections, with the exception of two – the 2007 constitutional referendum and the 2015 legislative elections, both of which were won by the opposition. Opposition forces also boycotted the elections in 2005 and the 2018 presidential vote.

As with all previous elections, the upcoming vote will involve more than 1,500 registered observers involving 200 international monitors and including academics and representatives from regional groups such the Puebla Group and CARICOM. Caracas had also asked the EU to send an observer group, but this offer wasn’t taken up.

Despite the boycott from Guaido’s allies, over 14,000 candidates from over 100 parties and organizations – almost all of them connected with opposition parties from the right and left not affiliated with Guaido – are vying for the 277 seats in the National Assembly.

With over two decades of history to look on, it is clear that there are no guarantees that would allow Venezuela’s opposition to participate in a vote let alone accept the result, other than a guarantee that they would be declared winners, of course.

But even if they had contested this vote, Guaido’s forces would have been unlikely to repeat their 2015 result, when they won nearly two-thirds of the seats in the National Assembly. If there is dissatisfaction within the ranks of Chavismo due to the ongoing woes with oil, goods and price speculation which have been exacerbated by Washington’s sanctions, there is equal or even greater disillusionment in the opposition camp given that Guaido has proven to be at least as ineffective as opposition leaders before him.

The attempt by Maduro’s regional adversaries in Washington, Ottawa and elsewhere to crown Guaido as the country’s president was used to illegally seize Venezuelan state assets in the form of refineries, oil and gold, with the pretext of these being administered by this parallel ‘government.’

Almost two years after the move and the opposition has once again fallen into the divisions and infighting that have characterized it throughout the last two decades, especially given the serious allegations of corruption and misuse of funds being administered by Guaido ‘officials.’ For his part, Guaido has been unable to wrestle control of any institution in the country, and is on the brink of definitively losing control of the only one they did control.

With his stock in freefall, Guaido’s allies continue to jump ship, while others are invariably maneuvering to take the wheel.

But with Guaido as its leader or no, 2021 could be even bleaker than this past year for Venezuela’s opposition. Not only will they lack representation in any of the country’s key institutions, effectively removing their arguments about being the only legitimate protectors of the constitution, but they also have a dwindling roster of allies in the region.

Bolivia will likely join Argentina and Mexico in not participating in the anti-Maduro initiatives at the so-called Lima Group, which hasn’t even been able to meet in Lima given the turmoil that has claimed two presidents in as many years. Ecuador looks poised to have its own political shift in 2021, leaving a handful of governments who are immersed in their own political and economic crises.

Importantly, there will also be a new administration in Washington, which will almost certainly continue to attempt to overthrow Maduro and the Bolivarian Revolution, but not in the same way as the outgoing government. The Biden White House (and Pentagon, and Langley) will have to reconcile with the fact that Guaido is not the President of Venezuela, nor is he a tenable option to lead a viable opposition.

Pablo Vivanco is a journalist and analyst specializing in politics and history in the Americas, who served as the Director of teleSUR English. Recent bylines include The Jacobin, Asia Times, The Progressive and Truthout. Follow him on Twitter @pvivancoguzman