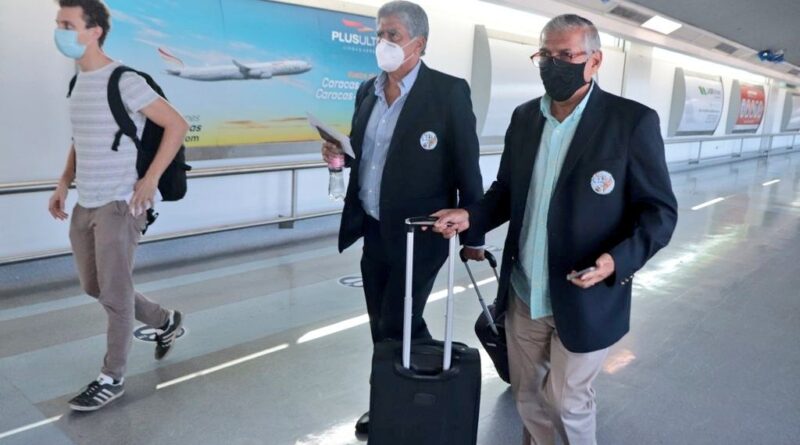 An atypical campaign, marked by the COVID-19 pandemic, unfolded over the course of the last month with the participation of all the political organizations and candidates running as deputies for the Venezuelan National Assembly from 2021 to 2026. Political parties carried out campaign activities throughout the Venezuelan territory to attract the votes of their followers, and to try and earn themselves a seat within the national parliament.

Given the context of the coronavirus pandemic, the National Electoral Council (CNE) extended the term of execution of the electoral campaign for a month, which will end at 12:00 midnight today, December 3.

According to the Organic Law of Electoral Processes, those who disseminate electoral propaganda outside the period of the campaign stipulated by the CNE will be sanctioned with the payment of 5,000 to 7,000 tax units.

For these elections, a special regulation for the electoral campaign was approved in the Electoral Gazette 964, which for this occasion permitted the use of social media networks for the dissemination of the candidates’ promotional materials. With this gazette, the electoral body prohibited any proselytizing act, political demonstrations, or marches in the period between the end of the campaign and the act of voting, on December 6.

RELATED CONTENT: Misinformation About Nicaragua and TFA on KPFA Radio

To this end, electoral prosecutors accompanied the candidates during their promotional campaigns, making use of a quantified system of electoral content to guarantee compliance with the regulations. For four consecutive weeks, the candidates for deputies participated in debates broadcast on the country’s private and public television stations. There, both spokespeople for parties that support the government, and those of the opposition, expressed their ideas and stated their concerns before viewers.

Three days before the 2020 parliamentary elections the National Electoral Council, in coordination with the Public Ministry, the Office of the Ombudsman, and the National Public Defense, gave a training workshop on the right to vote and electoral crimes.

The activity, attended by authorities of the public powers of the State took place in various entities of the country. In Caracas, the workshop was led by the general director of the Public Ministry Against Corruption, Ángel Fuenmayor.

The National Electoral Council received delegations of international observers who will accompany the parliamentary elections this Sunday, December 6. This was reported by the electoral body this Thursday via Twitter. The CNE tweeted “the Electoral Power continues to receive international observers. On this occasion, observers from Colombia, Ecuador, France, Guatemala, and Togo arrived in Venezuela, who join the electoral process that is taking place in the country.”

Within the framework of compliance with special biosafety protocols, members of the visiting delegations undergo the PCR test to detect COVID-19, and they were given sanitary kits for their comprehensive protection.

Before the arrival of this group from Colombia, Ecuador, France, Guatemala and Togo, international observers from Belgium, France, Ireland, Italy, Romania and Turkey arrived in the country on December 1, as well as the Council of Electoral Experts of Latin America (CEELA).

More than 200 international observers will monitor the upcoming elections to select the deputies of the new National Assembly (AN), as established in the Constitution of the Bolivarian Republic of Venezuela.