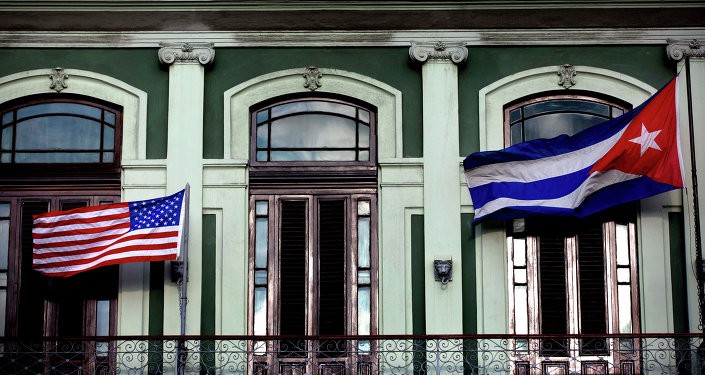 The US Government has expelled two members of Cuba’s diplomatic mission to the United Nations (UN) for allegedly having carried out activities against the national security of the United States.

In addition, the spokeswoman for the US State Department, Morgan Ortagus, confirmed on her Twitter account that the Cuban diplomatic corps at the UN must remain in Manhattan, New York, where the agency’s headquarters are located.

The expulsion of Cuban diplomats takes place within the framework of the UN General Assembly, which brings together heads of state and foreign ministers from around the world. In addition, it happens at a time when Washington has pressured Cuba with new trade sanctions. In early June, the Donald Trump Administration approved new restrictions against Havana, prohibiting educational group trips to the island and canceling authorizations for pleasure and passenger boats, including cruises and yachts, as well as private planes. After Havana’s support for Caracas, Washington increased trade pressure on Cuba, limiting remittances to the Caribbean country to US $ 1,000 per quarter and restricting bank transactions.

In addition, the Cuban government has denounced that Washington has economically pressured the island and caused fuel shortages.

Cuban Foreign Minister Bruno Rodríguez has labeled the blockade orchestrated by Washington as “illegal, criminal and genocidal,” and warned that it constitutes “a massive, flagrant and systematic violation” of the human rights of the citizens of his country.