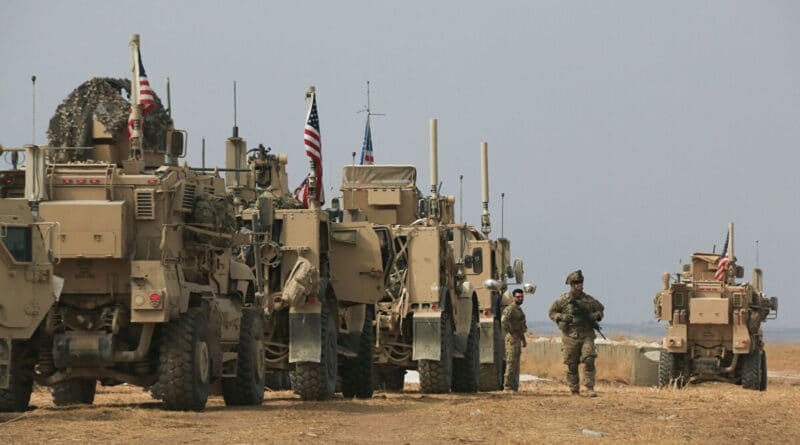 MOSCOW (Sputnik) – The US military has transported 40 Daesh* terrorists from prisons to its base in the northeastern province of Al-Hasakah, Syrian state media reported.

According to the SANA news agency, the terrorists were sent from the prisons of the Kurdish-led Syrian Democratic Forces (SDF) to the US base in the city of Ash Shaddadi.

Sources told SANA that the list of the evacuated terrorists included a Daesh spy commander and an explosive-making expert. The United States is reportedly going to use the militants for their own purposes in the region.

US forces have frequently been reported transferring militants to their non-authorized Al-Tanf military base in Homs Governorate. In January, SANA reported that the base, located on the Syrian-Jordanian border, serves as “a sanctuary for the terrorists in the region”, where they are supplied with weapons.

This also comes amid earlier reports by Syrian state media of American forces being spotted, on multiple occasions, transporting weaponry and logistics gear from Iraq to Syria and smuggling Syrian oil and wheat, as US-backed rebels remain in control of parts of northeastern Syria, rich in oil and natural gas.

RELATED CONTENT: US Military Intervention is Never, Ever, EVER the Solution

The United States was never invited to the Arab Republic, which clearly makes its presence illegal. Damascus has repeatedly stated that the US presence in the country violates Syria’s sovereignty and international law, and is aimed at plundering Syria’s natural resources.

Former US President Donald Trump announced in 2018 that the United States would be bringing home troops from Syria. However, he later changed his mind, saying that a residual force of US troops will remain in northeast Syria to “secure the oil“.

Ex-US special envoy for Syria, Jim Jeffrey, acknowledged in December that the goal behind the American mission in Syria was actually to prevent Assad from restoring control over territory within its internationally recognized borders.

*Daesh (also known as ISIS/ISIL/IS) is a terrorist organization outlawed in Russia and many other states.