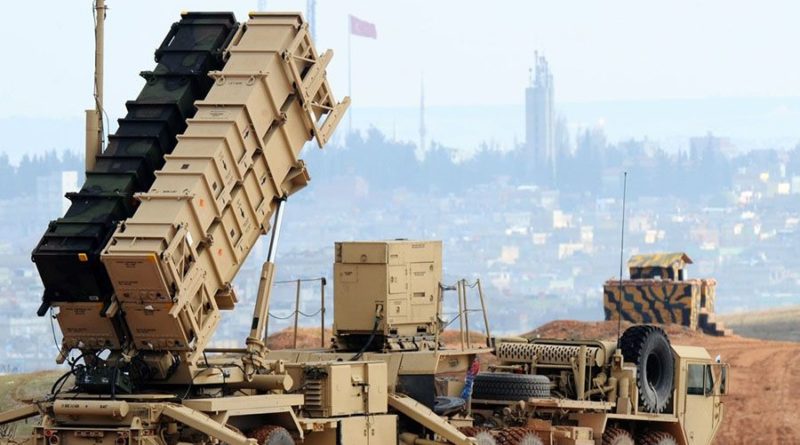 Tehran (Tasnim), February 1, 2020.- An American geopolitical analyst said Iran’s retaliatory missile attack against a US base in Iraq on Jan. 8 proved that the US missile defense system is a “joke”.

“US missile defense is a joke. A total fabrication. We have studies from as early as the first (Persian) Gulf war (the Iraqi invasion of Kuwait) where the majority of US Patriot missile defense systems failed to intercept ancient Iraqi scud missiles. The US continues to sell these systems to allies, however, with a guarantee that they can stop the majority of incoming threats…,” James Carey told Tasnim.

James Carey is editor and co-founder of Geopolitics Alert and an activist based in Pontiac, Michigan.

Following is the full text of the interview.

Tasnim: On January 8, Iran’s Armed Forces launched missile strikes on a US base in western Iraq in retaliation for the US assassination of the prominent Iranian commander Lieutenant General Qassem Soleimani. What is your take on the attack?

Carey: I think it was an embarrassment for the US but there’s no way the Trump government didn’t know that Iran would retaliate. I do think the US got lucky that this was a limited operation because that’s what they were hoping for. There was no way Iran wasn’t going to retaliate for the assassination of Gen. Soleimani which had to be known when Trump’s military advisers offered the option to strike the General’s convoy at the airport.

What I don’t think they predicted was the level of hostility they received from Iraqis after there had been such a recent round of (likely US-backed) anti-Iranian protests. While the US probably thought that made them safe, I don’t think Trump accounted for the reverence of Soleimani, Abu Mahdi al-Muhandis, or the PMUs in Iraq for their role in defeating Daesh (which we also know the US and it’s regional allies fueled). Even the basically US-allied Kurds suddenly rejected the US presence in Iraq and threw an embarrassing wrench in US designs to stay in Iraq to further antagonize Iran. Now we see the US responding by trying to make excuses to stay in Iraq and sending more troops to the region as a whole by proposing ideas like a breakaway Sunni nation where allies like the Saudis and the UAE would come to us to fan sectarian flames. However, I highly doubt the possibility of something that extreme happening without causing a larger war again which I do think the US is trying to avoid, which is why they covered up a lot of damage done to the US base hit by the Iranian missiles.

Tasnim: Iran fired 16 ballistic missiles. US forces failed to intercept them and could only watch and wait for impact, according to American websites and reports. The attack highlighted US missile defense vulnerability. How could this change equations in the future?

Carey: US missile defense is a joke. A total fabrication. We have studies from as early as the first (Persian) Gulf war (the Iraqi invasion of Kuwait) where the majority of US Patriot missile defense systems failed to intercept ancient Iraqi scud missiles. The US continues to sell these systems to allies, however, with a guarantee that they can stop the majority of incoming threats. Saudi Arabia already uses Patriots and has yet to stop any significant missile attacks coming from Yemen. Israel also uses similar systems which also somehow always get foiled by Hamas rockets made with very basic technology. I think the idea that the Patriots or even the iron dome can protect anyone is starting to wear thin and you’ve seen even American allies like Turkey opt instead for the new Russian-made S-400 missile defense systems.

That said, I think the one country that could shatter the idea of US technological superiority and missile defense is Iran. So far US missile defenses are relied on heavily by allies but haven’t been used by the US itself in quite some time. Whether it’s radar, missile defense batteries or high powered ship-based automatic weapons, US technology has not had to go up against a military as prepared for war as Iran’s. While Saddam may have fired off a few scuds at US troops, US regional and naval defenses are not prepared for the sheer volume of advanced missiles (along with things like small speed boats in the Persian Gulf) Iran could throw at them simultaneously. US defenses are still made for a ground war the Cold War military-industrial complex assumed would occur in Europe and haven’t changed much since thanks to the corporate interests controlling and selling arms to Washington. This still relies on antiquated ideas like deterring soviet planes and fighting for air superiority in a world where the US is the only real air power.

We’ve seen how US missile defense can barely cope with 12 Iranian missiles or even inferior missiles in other countries where US technology is deployed, now imagine hundreds of them from multiple locations across the region at the US and allies like Israel and Saudi Arabia. The US couldn’t even take on the task of protecting one base in Iraq they had to know was a potential target from a dozen missiles, they’re not going to be able to stop hundreds. If a full scale war with Iran were to start, people would quickly realize how easy it is to overwhelm US defenses as long as you have the resources to just overwhelm them by simply having the number of offensive missiles to do so.

Tasnim: Later, US officials confirmed that 50 American troops were injured in the strike despite prior claims by Washington that no one was hurt. The scope of destruction was so extreme and is now becoming clear. Why did President Donald Trump attempt to downplay the attack and said, “All is well”? Why do you think the US failed to respond?

Carey: I think it’s simple, the idea of another large war in the Middle East is extremely unpopular to the point which Trump himself ran on ending US involvement in the region. I definitely think Trump wants some big publicity victories as impeachment goes on (although most people don’t care besides his supporters) and as he faces an election which may end up being against an actual left-wing candidate who could actually challenge his empty anti-war, anti-corporate, and anti-globalization promises. A lot of Americans consider Daesh and Iran basically the same so the killings of Abu Bakr al-Baghdadi and Soleimani were meant to be portrayed as “victories” in the war on terror but since nobody really cares about Daesh anymore, and like I stated above, nobody wants a giant conflict like a potential war with Iran, these only resonate with the parts of Trump’s voters that would’ve just voted Republican anyway, worship him personally, or the Christian and hard-right Zionists. The majority of average Americans oppose war with Iran, they may not be in the streets demonstrating but they’re also not signing up to go to the Middle East so I think the idea of telling us “all is well” was meant to avoid any larger conflict after Trump had realized what he’d done and what popular anti-US passion he’d stirred in Iraq and Iran could actually do to US assets.

Tasnim: Leader of the Islamic Revolution Ayatollah Seyed Ali Khamenei said on Friday, “The day the missiles of the Islamic Revolution Guards Corps crushed the US base is one of the days of God. The Guards’ response was a major blow to America’s fearsome superpower image”. What do you think? Do you believe that it was a historical turning point as it was the first and only direct attack on the US since World War II?

Carey: I think the reason that we don’t want war is because we’ve already proven we aren’t a superpower. The 2003 invasion of Iraq against the skeletal Baathist state and the subsequent regime changes and fight against Daesh have shown many Americans the incompetence of our military, intelligence, and civilian leaders. The strike by Iran is just another large checkmark on the list of why there’s no massive outcry for war like there was in 2003, we simply can’t handle it. With the regime changes in places like Libya, the attempts in Syria, and even those in Latin America in the last 9 years under both Trump and Obama have spectacularly failed. What I think is historic about the Iran attack is it has shown how much this country has changed since 2003. Our government is still bloodthirsty but the more you actually expose Americans to what it means to be an empire, the more sick of it they become. A war with Iran would bring this to the front even more and could throw off the entire bipartisan Washington consensus that we must remain the sole superpower, which I think the government knows and is why they avoided more retaliation against Tehran following the missile strike. Most people here realize that almost all of our imperial endeavors since World War II have failed and I think the anti-war reaction to Trump’s saber-rattling with Iran makes that very clear.