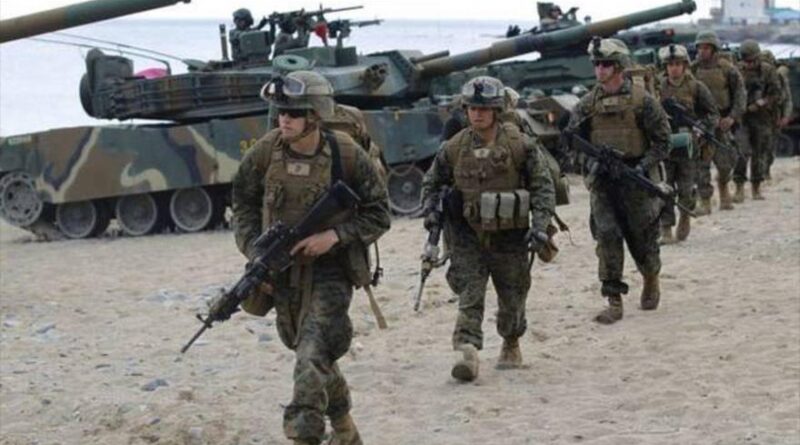 The United States has threatened North Korea that US troops are prepared to engage in combat against their forces, as of last Thursday night.

In statements made from the South Korean capital Seoul reported by local media, US Defense Secretary Lloyd Austin indicated to North Korea that the US military is ready to “fight tonight,” after Pyongyang reproached joint military exercises carried out by the United States and South Korea.

Pyongyang considers these types of drills as a direct threat to its territorial integrity and has reiterated that it does not intend to sit at the dialogue table with Washington to address its nuclear program until the Joe Biden administration abandons its hostile policy towards the Asian country.

In this regard, Kim Yo-jong, sister of North Korean leader Kim Jong-un, warned that the Biden Administration “is trying to spread the smell of gunpowder” in North Korea.

The military branches of the US and South Korea resumed the maneuvers after suspending them for more than a year due to concerns over possible spread of the novel coronavirus among their respective troops.

“Our force remains ready to ‘fight tonight’ and we continue to move toward the eventual transition from wartime Operational Control to a future Joint Command Forces [led by South Korea],” Austin noted.

“We are committed to the denuclearization of North Korea, reducing the broader threat that Pyongyang represents to the United States and our allies,” stated the top military command of the US Department of Defense (the Pentagon) during a press conference.

Washington-led diplomatic efforts to denuclearize North Korea have been stalled due to a refusal on the part of the US to lift a series of sanctions imposed on the Asian nation.

North Korean authorities have repeatedly urged their South Korean counterparts to end joint military exercises that they often conduct with US forces, considering these war games as a prelude to a land invasion. Pyongyang has insisted that it reserves the right to strengthen its military might.