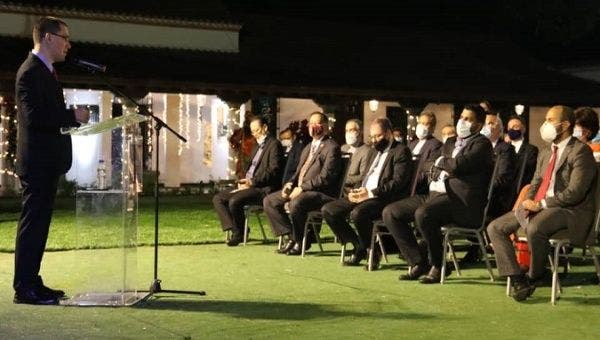 Special Envoy Alex Saab was making arrangements for the purchase of supplies and medicines when he was arrested in June in Cape Verde.

December 24, 2020.-  Venezuela’s Foreign Affairs Ministry urged Cape Verde’s government to grant a humanitarian measure to Venezuelan citizen Alex Saab who has been detained in that country since June as a result of a request made by the United States.

Highlighting the deterioration of Saab’s health condition, Venezuela pointed out that all procedural timelines established by the Cape Verdean justice system to reach a conclusion on the case have expired.

The Venezuelan authorities also recalled that the Economic Community of West African States (ECOWAS) Court ruled unanimously to grant a permanent house arrest for Saab on Dec. 2, noting that the decision was voted by Cape Verde’s Judge Januaria Tavares.

“Saab’s freedom is a condition that should never have been taken away from him. Since 2018, his functions consist of obtaining supplies, medicines, food and other goods in the face of the Trump administration’s criminal blockade,” FAM’s press released noted.

“There is no doubt that the detention of Special Envoy Alex Saab is part of the obsessive campaign of siege against Venezuela,  which is orchestrated by the agonizing outgoing U.S. government.”

On June 12, Saab was arrested by Interpol officials when the plane in which he was traveling made a stopover to refuel at the Cabral Airport in Cape Verde

The FAM condemned Interpol’s action which was justified with an arrest warrant out of time and at a petition by the U.S. government that is also requesting his extradition.

In July 2019, the U.S. Justice Department accused Saab and Colombian businessman Alvaro Pulido of laundering some US$ 350 million through the Venezuelan foreign currency exchange control system.