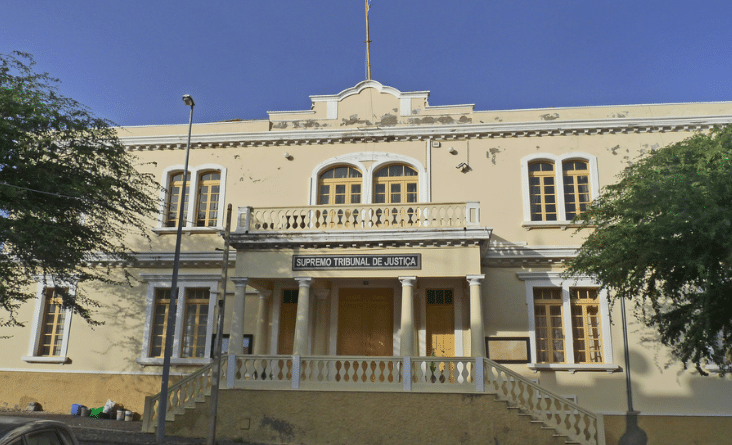 This Tuesday 15 December, according to a resolution that news agency EFE had access to, Cape Verde’s Barlavento Court affirmed that the ECOWAS Court “does not have the competence to force the State of Cape Verde to comply with its decisions.”

A Cape Verde court on Tuesday, December 15, formally rejected compliance with a ruling by an African court that ordered the country to release Venezuelan special diplomatic envoy Alex Saab from prison and to place him under house arrest.

On December 15., the Barlavento Court of Appeals, based on the northern island of San Vicente, refused to comply with the order of the Court of Justice of the Economic Community of West African States (ECOWAS), to which Cape Verde belongs.

RELATED CONTENT: Venezuela Advances in Case Against the US Before International Criminal Court, Collaborates in ‘Venezuela I’ Case

The ECOWAS Court of Justice ruled on November 30 that the West African island country must immediately place Saab under house arrest. Saab has been detained in Cape Verde since June 12 at the request of the United States under unsubstantiated charges of money laundering. Saab has served for years in Venezuelan efforts to bypass illegal US sanctions and help supply food for Venezuela’s wide-ranging subsidized nutrition program, known as CLAP.

The diplomatic envoy—in preventive detention since June 14—was shown to have health problems that require the attention of a doctor outside of the prison in which he is being held. For this reason the ECOWAS Court asked that he be granted house arrest and have access to his family, doctors and lawyers.

The ECOWAS court, based in Abuja, Nigeria, ordered Cape Verde to ease Saab’s imprisonment by estimating that the Justice of Cape Verde “acted outside its jurisdiction” when it detained him in response to a controversial US extradition request. At the time of Saab’s arrest there was no Interpol Red Notice issued.

However, the Barlavento Court in Cape Verde affirmed this Tuesday, according to a resolution to which EFE had access to, that the ECOWAS Court “does not have competence to compel the State of Cape Verde to comply with its decisions.”

RELATED CONTENT: Rafael Correa on Venezuela, Assange, and “Preventing the Total Destruction of our Homeland” (Interview)

The African court, based in Abuja, Nigeria, has jurisdiction to hear individual complaints about possible human rights violations since the approval of its 2005 Protocol.

But the Barlavento Court maintains that Cape Verde “did not sign, nor ratify, the Protocol of 2005, which attributes jurisdiction to the ECOWAS Court on issues related to the violation of human rights.”

Therefore, “the jurisdiction to determine the release or substitution of precautionary measures belongs to the national courts,” the Barlavento court decided.

Defense sources contacted by EFE in Praia, the Cape Verdean capital, confirmed that the Barlavento Court also flatly rejected two petitions previously submitted by Saab to serve his provisional detention at a home, pending the outcome of the extradition process.

Regarding these two petitions, Cape Verdean law does not allow the defense a higher appeal, although there are two courts hierarchically above the Barlavento Court: the Supreme Court of Justice and the Constitutional Court.

Faced with the impossibility of appealing, the defense sources told EFE that they are evaluating possible actions in response to the order of the ECOWAS Court. They maintain that they understood ECOWAS’s decisions must be executed by Cape Verde.