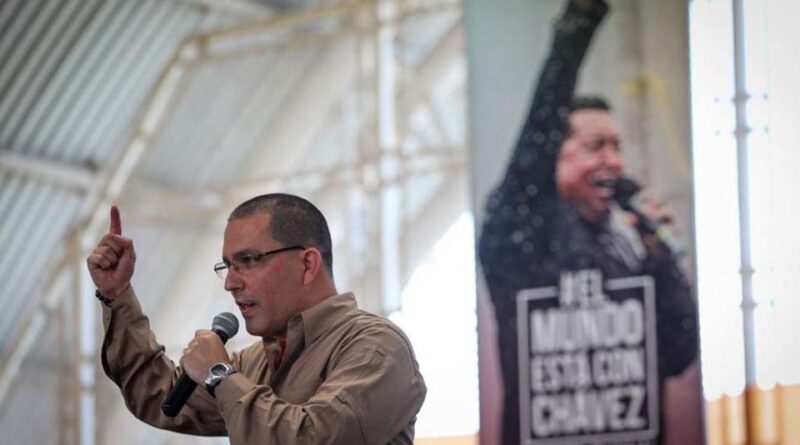 As he outlined the path for the new stage of rejuvenation in the construction of Bolivarian socialism, President Nicolás Maduro Moros announced this Thursday, March 3, the appointment of Jorge Arreaza to the post of minister for communes and social movements.

In this way, the President commented that one of the tasks before Arreaza is the development of mechanisms and working methods through which to promote joint actions with the national working class, based on the welfare and development of the country.

He added that Arreaza is a comrade with a great commitment to the People’s Power, a man of theory, action and part of Commander Chávez’s legacy. “Go tour the country inch by inch, place by place, we are going to give you all of our support ,” stated Maduro.

The head of state also thanked Noris Herrera, the previous minister for communes, for her 2 years dedicated to this position and recognized her efforts to clearly define the functions of the Communal Councils, while suggesting that she will assume a new post in Caracas.

Community commitment
The President then instructed Jorge Arreaza to assume the weight of the great achievements of the outgoing minister, Noris Herrera, and to bring intensity, swiftness and strategic depth to the project of cooperatively building communal socialism with Venezuelan families.

For his part, in his first message as head of the Ministry for Communes and Social Movements, Jorge Arreaza described the appointment as “an honor and a privilege.” He then stated that it is a mission that consists of approaching “that which is pure and most beautiful, the deepest, that is, the construction of socialism on this land.”

Arreaza also stressed that the great strategic project of Commander Chavez, worker socialism, will be the key to the transformation of the economic, political, social and cultural reality of Venezuela. For this reason, he thanked the confidence placed in him by the head of state.

“Count on all of President Maduro’s commitment, that of the Bolivarian Government, and ours, to continue strengthening Bolivarian and Chavista socialism throughout this land, and in the factories,” said Arreaza.

Arreaza has also served, amongst other posts, as minister for science, technology and innovation, minister for ecological mining development, minister for foreign affairs, minister for industries and national production, as well as vice president of the Bolivarian Republic of Venezuela.