“No vaccine will enter, nor should it be sent, that has not been authorized by our scientific institutes and health authorities,” warned by the President of Venezuela, Nicolás Maduro, this Wednesday, March 24, in a speech dedicated to the Great AgroVenezuela Mission.

He was emphatic in saying that his government will not buy or license “any vaccine that is causing havoc in the world—only those that are scientifically proven safe.” Even though Maduro clarified that he would not mention by name the vaccine he was referring to, already on March 15 the Executive Vice President Delcy Rodríguez had announced that the Venezuelan government will not approve the use of the controversial AstraZeneca vaccine, suspended in several countries, mainly in Europe. This is because it has generated serious adverse effects such as clots in blood vessels and thrombosis.

In his speech this Wednesday, the president also stated that “we have informed COVAX —belonging to the World Health Organization and the Pan American Health Organization— in good time of the request we made for the release of our frozen funds at the Bank of England.” As soon as the possibility of using those Venezuelan assets occurs, said Maduro, the nation will continue to opt for effective and safe antidotes. This is the case for the Russian Sputnik V vaccine, China’s Sinopharm, and the Cuban ones—as soon as the last phase of clinical trials have been successfully completed.

The announcement was made after several local news outlets linked to Venezuela’s right-wing opposition and the US government launched a campaign reporting an alleged agreement between Guaidó, the Venezuelan government, and the COVAX initiative, to bring 13 million additional doses to Venezuela.

COVAX is primarily promoting—for “some reason”—the AstraZeneca vaccine, and does not present the very effective Russian vaccine, Sputnik V, among the vaccination options for low income nations. Meanwhile US-financed Venezuelan “NGOs” and the “free press” funded by the US and Europe launched a campaign accusing President Maduro of politicizing the vaccination issue, when in reality most of the world has read the negative information circulated about the British vaccine. 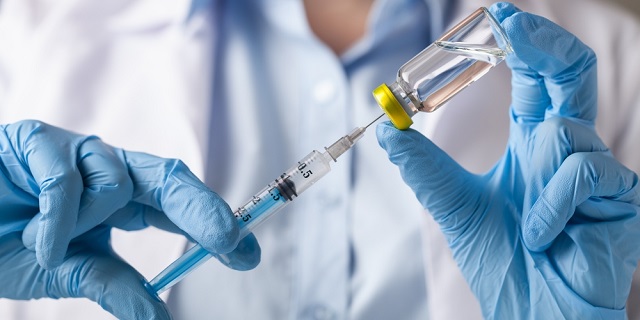 No more sequestration of the resources of the Venezuelan people
Likewise, President Maduro reiterated that the State has been prevented from using its money deposited in international banking entities due to an illegal blockade that violates the fundamental rights of the people. The Bolivarian Republic has at least $7 billion to its credit, but the United States and its allies do not let it use that money to, for example, acquire more doses of vaccines or more supplies to continue the fight against the pandemic.

“The Central Bank of Venezuela, an autonomous and constitutional entity, has taken actions to recover all that money—the gold that they have kidnapped in the Bank of England,” added Maduro. “That money belongs to you my friend. With that money we could meet the needs of the economy, food, inputs to produce, health.”

Venezuela has achieved it—how?
In that sense, the Head of State said that many will surely be wondering how his government has been able to guarantee treatments against COVID-19, despite the considerable decline in income and the theft of significant resources. “Not a single treatment has been lacking… You may wonder how we have guaranteed the functioning of the national public healthcare apparatus; how we have guaranteed the arrival of the first 600,000 vaccines. By biting the bullet, doing more with less, with innovation, intelligence, and a lot of work from patriotic people. Fortunately, Venezuela has people who love it above anything else.”

“The only thing we have to ask for Venezuela is justice against those who have stolen and kidnapped money from the country,” concluded Maduro, alluding to Juan Guaidó and allies. Earlier on Wednesday, the executive vice president reported that she would request the Public Ministry to make the pertinent investigations on the basis of various items of evidence collected by the Executive against former deputy Guaidó. Similarly, the Venezuelan National Assembly is investigating Guaidó through a special committee.

Featured image: Venezuela has initiated mass vaccination using the Sputnik V and Sinopharm vaccines. AstraZeneca’s vaccine has caused serious concern among the population but it is promoted by the COVAX program—primarily US-funded. File photo.