This Saturday, March 27, marked the 377th day of Venezuela’s fight against the COVID-19 pandemic. The country reported 758 new infections within the past 24 hours including 755 community cases and three imported cases, in addition to 12 deaths. The details were announced by the Executive Vice President of the Republic, Delcy Rodríguez.

With this update, Venezuela brings their total to 155,663 infections and 1,555 deaths from the viral respiratory illness during the course of the pandemic, now over a year long. Of these, 9,879 are reported as active; 9,610 receiving free care in public health system, and 269 in private hospitals.

The percentage of recovered cases remains at 93%, with 144,229 Venezuelans having overcome the disease. Rodríguez also announced 755 community cases, 400 women and 355 men, among whom 39 minors stand out. 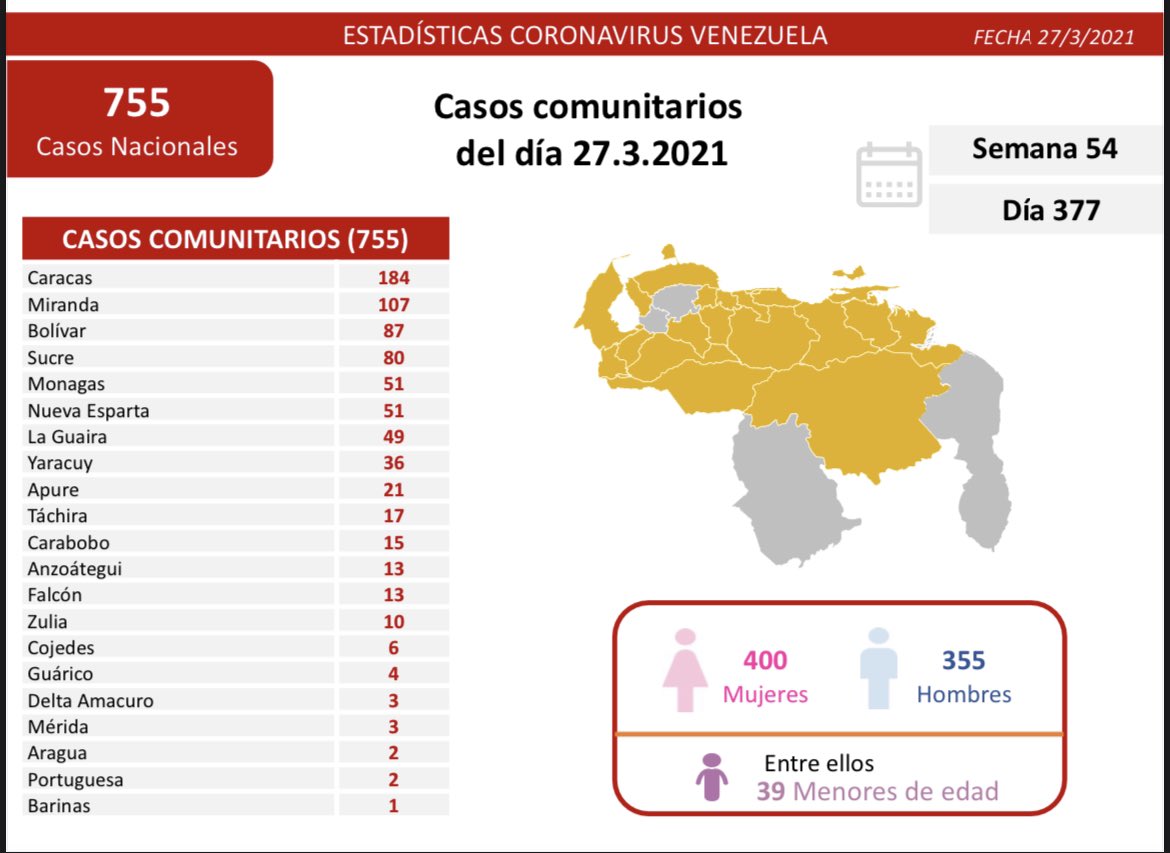 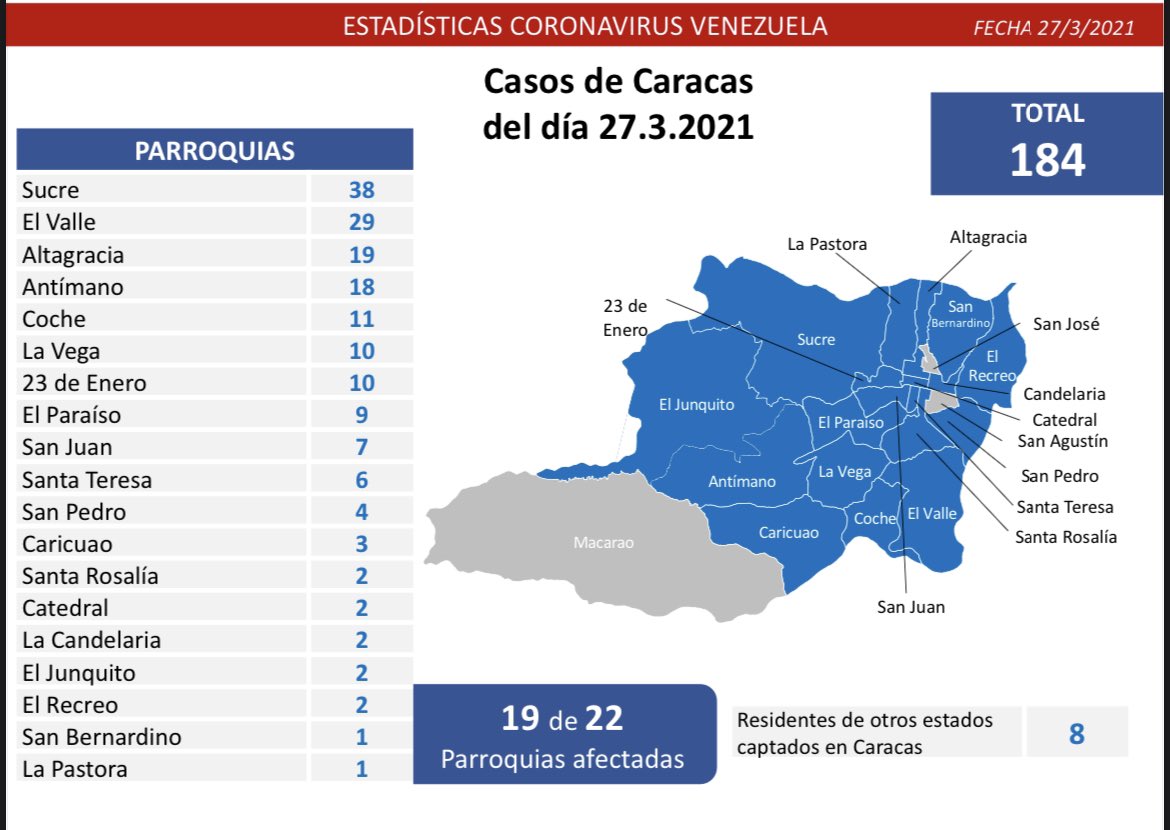 Likewise, three imported cases were reported: two travelers from the Dominican Republic and one that arrived from Mexico. All entered through the state of La Guaira, and they include two females and one male; one is a minor.

Taking care of the people
Vice President Delcy Rodríguez mentioned on her Twitter social media account that, in the midst of the COVID-19 pandemic, and despite the criminal blockade, President Nicolás Maduro continues to offer the Vuelta a la Patria program.

“Through this initiative 23,518 Venezuelans have been repatriated and treated free of charge by the Bolivarian Government,” wrote Rodríguez. “Solidarity is the spirit of our people!”

She recalled that through a video conference she thanked, on behalf of the Venezuelan government and people, the Director General of the WHO, Tedros Adanom, “for his support in this tough battle against COVID-19.”