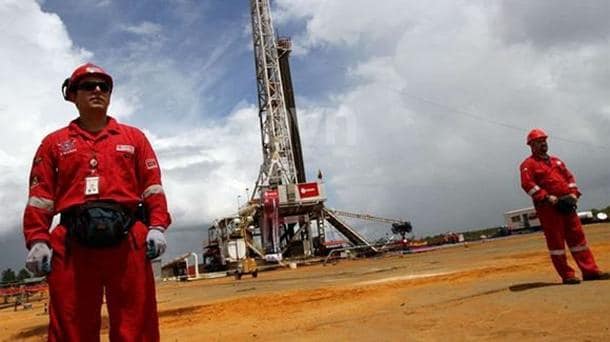 The latest monthly report of the Organization of the Petroleum Exporting Countries (OPEC) placed the South American country’s oil output at 714,000 barrels per day (bpd) in December, according to secondary sources. This represents a very small decrease compared to 717,000 bpd in November. Venezuela’s oil production averaged 792,000 bpd through 2019.

Venezuela’s oil industry has seen production fall sharply from 1.911 million and 1.354 million bpd in 2017 and 2018, respectively, following the imposition of crippling US financial sanctions in mid-2017. PDVSA has likewise been plagued by mismanagement, under-investment, corruption and brain drain.

Production plummeted further in the early months of 2019 after the imposition of a US oil embargo in late January. The measure was later expanded to a blanket ban on all dealings with the Venezuelan government or state companies in August, which also authorized secondary sanctions against third party actors.

The modest recovery in the final quarter of 2019 came as PDVSA resumed deliveries to Indian customers, including refining giant Reliance Industries. The deals involve exchanging crude for fuel and diluents in an effort to evade US sanctions. Chinese state oil company CNPC has also reportedly begun buying Venezuelan cargoes after suspending them in the wake of August’s general embargo.

PDVSA has also increasingly resorted to selling oil cargoes to Russian energy giant Rosneft, which then reroutes them to other customers. The US Treasury Department has reportedly ruled out sanctioning Indian firms and Rosneft at this time.

Reuters has additionally reported that PDVSA has begun assigning cargoes to joint venture partners, who then resell them to other customers around the world. The arrangement does not reportedly violate sanctions as long as the proceeds are used to pay off PDVSA’s debts to its partners.

One company participating in this new framework is US oil giant Chevron, which holds a stake in Petropiar oil project in the Orinoco Oil Belt. Chevron has had its Treasury-issued sanctions waiver extended to continue operating in Venezuela extended several times, most recently in October.

Recent political developments could also pave the way for legislative changes aimed at attracting more foreign investment in the oil industry. The National Assembly (AN) elected a new leadership on January 5, which has pledged to “restore” constitutional order. Opposition deputy President Luis Parra was backed by pro-government deputies for the AN Presidency after he led an opposition faction in rebelling against self-proclaimed “Interim President” Juan Guaido.

The Maduro government is allegedly angling to open the way for private companies to manage oil fields and hold larger stakes in joint ventures. However, these moves would need to be approved by the National Assembly.

The proposed changes would represent a reversal of policies enacted by former President Hugo Chávez. The current hydrocarbons laws require PDVSA to retain a stake of 60 percent or more in joint ventures, while stipulating that the state oil giant run all drilling operations.

According to Reuters, the Maduro government is likewise hoping to use a liberalized joint venture framework to renegotiate foreign debt, for example offering creditors stakes in oil projects. It is not clear whether these agreements would run afoul of US sanctions.