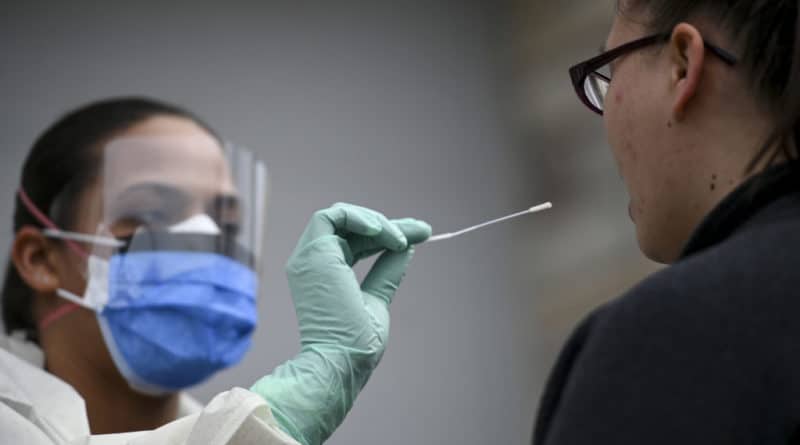 The Minister for Communication and Information, Jorge Rodríguez, said on Wednesday that Venezuela performs between 80 and 90 screening tests per every million inhabitants for suspected cases of coronavirus (Covid-19) in the country. In his participation in the show “Con el Mazo Dando”, broadcast by Venezolana de Televisión, Rodríguez emphasized that this figure is three times that of Brazil, which records nine screening tests for every million inhabitants.

“Venezuela is doing 10 times more tests than Brazil has done,” Rodríguez said during the program, in which the President of the Bolivarian Republic of Venezuela, Nicolás Maduro, also participated through a telephone call.

In this sense, the head of state confirmed that this Wednesday 15 new cases of coronavirus were registered in the country, bringing the figure to 106 cases since the discovery of the first infection on March 13.

He explained that the 15 new cases were confirmed after conducting a screening test for 1,800 suspected cases that were detected through the survey carried out in the Patria System, which has been answered by 14,168,731 Venezuelans.

In this regard, he stressed that —through the tests— it was possible to know the origin of 10 of the 15 cases, because it was determined that the remaining five cases could be located in the case sector by “community transmission”, that is; the contagion line is unknown.

Of the 106 confirmed cases, President Maduro explained; 54 correspond to the female sex and 52 to the male.

Likewise, it reported that three of the 106 cases are in a “serious condition”. Two of them are stable but the third is in a very delicate condition; he remarked that he is following this case personally.

Another 15 are in the recovery phase, and this Friday a new group of recovered patients will be announced.

“We have a flattened curve and we are going to continue (working on that),” said the Venezuelan president.

While participating in the TV show, he reiterated his call on the community to stay at home to prevent the spread of the virus, which has already affected more than 400,000 people worldwide. “We need to continue to carry out the quarantine with discipline and a Christian spirit. Stay home. If it is imperative to go out, it must be done with compulsory face masks and preferably gloves. Upon arrival, you must comply with the safety and hygiene protocols: take off all your clothes and take a bath,” he said.