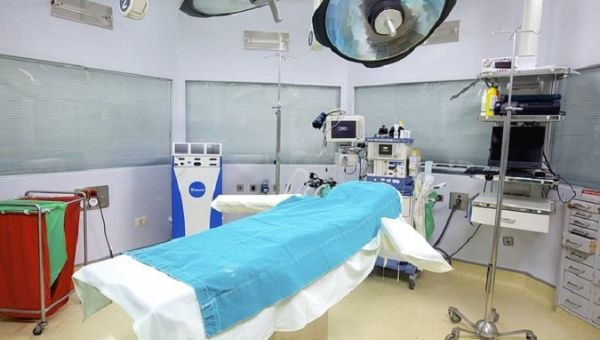 Relatives of these chronic patients called on the UN High Commissioner for Human Rights Michelle Bachelet, to intercede in the suspension of the blockade against Venezuela.

The Executive Secretary of the Venezuelan National Human Rights Council (CNDH), Larry Devoe, denounced through his official account in Twitter, the death of a seven-year-old infant as a result of the impossibility of receiving a bone marrow transplant, due to the economic blockade imposed on Venezuela by the US Government.

“The seven-year-old boy had chronic lymphoblastic leukemia and is the second child to die while awaiting for a bone marrow transplant, because this procedure is performed via an agreement between Venezuela and Italy that was suspended after the sanctions that president Donald Trump imposed on Venezuela. This has been stopping the corresponding payments to be issued”, the Venezuelan official accused.

“We condemned the unfortunate death of a second boy that was waiting for a bone marrow transplant. This was made impossible by the de facto cancellation of the agreement PDVSA-ATMO caused by the criminal blockade that the U.S. has imposed to the people of Venezuela”.

Devoe highlighted the fact that the blockade against Venezuela caused the halt of an agreement between the state oil company PDVSA and an Italian-Argentinian network of hospitals, which was supposed to take care of the child lymphoblastic leukemia treatment.

RELATED CONTENT: US Blockade Against PDVSA Puts the Lives of 25 Children at Risk

Devoe also noted that several international banks are disregarding their relations and commitments with PDVSA, which has caused damages for up to 5 million Euros. The money was assigned to cover the treatment of these kind of chronic patients.

Meanwhile, the Venezuelan foreign minister, Jorge Arreaza, also condemned the event, stating that the US blockade against Venezuela was an unfortunate and criminal way of seige.

This is the second child to die awaiting for the international health agreements that Venezuela has previously signed to be reactivated, which would allow critical patients to have access to surgeries and proper treatments to their illness.

The economic and financial sanctions imposed by the U.S. to Venezuela are in effect since 2015, and Trump administration has been intensifying them. President Donald Trump and other U.S. officials have repeatedly stated that the aim of the sanctions is to force President Nicolas Maduro to resign, but Human Rights Organization reports have demonstrated that instead, they have caused over 40,000 deaths.