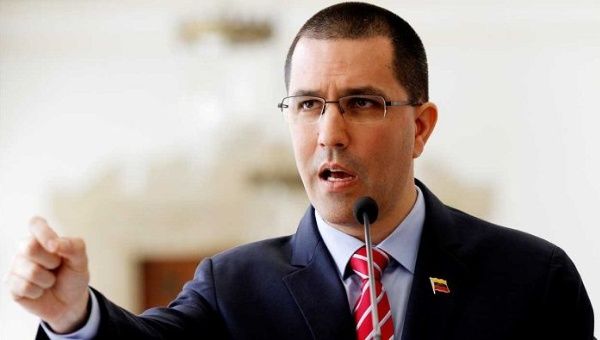 U.S. journalists revealed this week that the Center for International and Strategic Studies had organized a private round table conference in which “the use of military force in Venezuela” was evaluated.

Venezuela will raise the issue of the U.S. planned invasion of the Bolivarian Republic with the international authorities, Venezuelan Foreign Minister Jorge Arreaza said on Monday.

Arreaza stated that the findings made by the journalists from The Grayzone revealed the U.S. planned military invasion of Venezuela.

“We will inform the relevant international political and judicial authorities of this serious denunciation of the American journalists of @GrayzoneProject: meetings in a ‘Think Tank’ in Washington to plan a military aggression against Venezuela,” Arreaza pointed out through his Twitter account.

According to a press release published on April 10th by Misión Verdad, the U.S.-based Center for Strategic and International Studies (CSIS) organized a private round table conference in which “the use of military force in Venezuela” was discussed.

The meeting was attended by some of U.S. President Donald Trump’s top policy advisors on Venezuela, as well as former and current officials of the State Department, the National Intelligence Council, and the National Security Council.

The conference was also attended by Admiral Kurt Tidd, who until recently, was head of the Southern Command of the U.S. Armed Forces.

Likewise, the participation of high-level officials from the embassies of Colombia and Brazil, along with supporters of the Venezuelan opposition leader, Juan Guaidó, were reported.