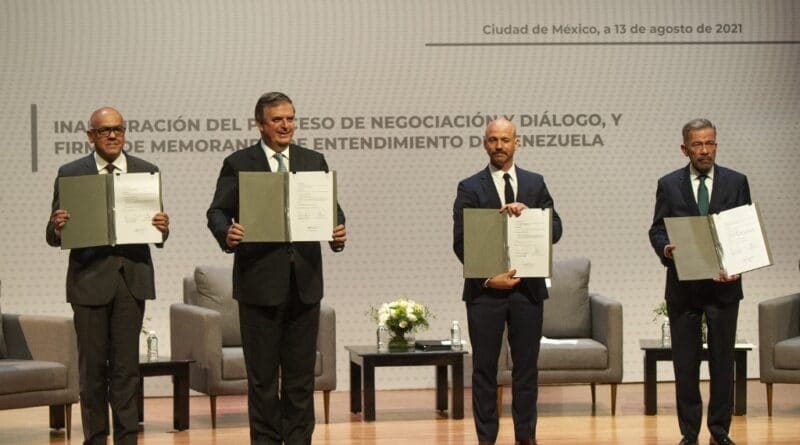 This Tuesday, August 17, the Mexican government expressed its hopes that the dialogue between the Venezuelan government and opposition would result in agreements and the lifting of international “sanctions.”

“Hopefully there will be a series of agreements that will allow Venezuela to continue its path without sanctions, and with the full recognition of the entire international community,” said Foreign Minister Marcelo Ebrard during the daily press conference at the National Palace.

His statements follow the first round of talks this weekend between the Government of Nicolás Maduro and the Unitary Platform of the Venezuelan opposition, which took place in Mexico City, where they signed a memorandum of understanding.

“Mexico has accepted to host these meetings, these dialogues, but Mexico is not part of the dialogues nor does it aspire to be, it is a dialogue between Venezuelans,” Foreign Minister Ebrard clarified.

Asked about the possible role of Mexico in a dialogue between the United States and Venezuela, Foreign Minister Ebrard replied that this role “does not correspond” to the country.

“We are in favor of dialogue and the peaceful solution of the controversies, and we would like agreements to be reached, and that force not be used, for the good of the brotherly people of Venezuela,” he commented.