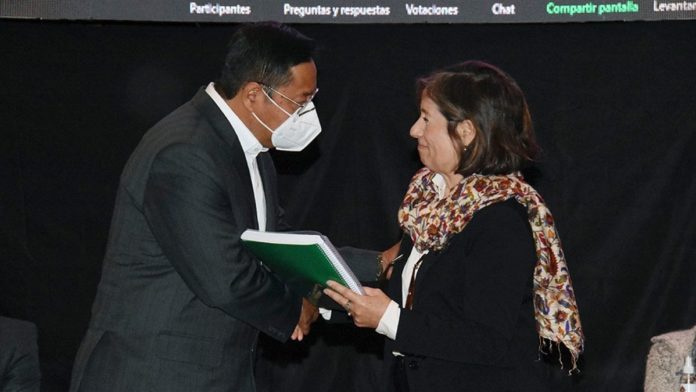 On Wednesday, August 18, the Interdisciplinary Group of Independent Experts (GIEI) of the Inter-American Commission on Human Rights (IACHR) presented a long awaited report confirming that the Bolivian coup regime was responsible for the massacres of Bolivian people who had opposed the coup against Evo Morales in late 2019.

In this regard, Patricia Tapatá, representative of the IACHR and head of the group of experts, provided details on the final report at the official presentation of the report to the Bolivian government in La Paz.

“We have examined archival materials provided to us by different ministries,” informed Tapatá. “We have also included in our analyses specialized contributions and observations of forensic medical opinions. We have analyzed not only the serious events that caused the greatest number of victims and had greater dissemination and impact, but we have also tried to include all acts of violence and human rights violations… We have also proposed plans for investigation for the identified crimes, which should be conducted as soon as possible.”

Victims have reacted positively to findings of the GIEI-Bolivia report and now demand that the Bolivian state fulfill its duty to guarantee justice for Senkata. pic.twitter.com/1JUKEcH3ks

Among those responsible for the massacres is the former right-wing self-proclaimed president Jeanine Áñez. During her de facto government, two acts of massacre were carried out by security forces and coup elements against the Bolivian people—one of the massacres occurred in the town of Sacaba, and the other in the area of the Senkata gas plant.

Journalist Camila Escalante of Kawsachum News reported directly from the presentation of the report: “Today, the GIEI-Bolivia presents its human rights report to the Senkata massacre victims and families. The expert group found that the coup regime carried out summary executions, then portrayed victims as terrorists to try to justify it.”

RELATED CONTENT: Bolivia in the Spotlight: A New Coup in the Making?

For her part, Tappatá declared that “The Police and the Armed Forces, separately or in joint operations, used excessive and disproportionate force and did not adequately prevent acts of violence, leaving citizens unprotected… The GIEI does not hesitate to classify the events of Sacaba and Senkata as massacres.”

The group investigated the events during the period from September 1 to December 31, 2019, and found that, during that time, at least 38 people lost their lives due to massacres and acts of violence around the country, with hundreds seriously injured. The report also presented evidence of systematic torture, as well as racial and sexual abuse perpetrated primarily against young indigenous detainees, and especially against women. Religion was also used as a tool of exclusion against indigenous communities by supporters of the coup. Also, pro-coup paramilitary groups perpetrated many of these abuses and tortures.

“It is essential that the victims receive justice, and a process is started for reparation for the damage caused, and immediate attention should be paid to heal the wounds caused by the violence,” recommended the head of the expert group.

The Organization of American States (OAS) was responsible for the massacres
Luis Almagro, secretary general of the Organization of American States, who has recognized his actions in the coup that forced President Evo Morales to resign and flee for his life, is one of the main culprits responsible for the massacres, who is yet to be punished or apprehended.

“We will take the necessary initiatives so that the reprehensible actions of Luis Almagro do not go unpunished,” announced the Bolivian Ministry of Foreign Affairs.

The President of Bolivia, Luis Arce, called the actions of the OAS disastrous, and said that the position adopted by said entity “denotes interference and meddling in internal affairs.” President Arce was present at the ceremony where the expert group presented its report. Families of the victims and the survivors, who attended the event, have expressed their relief and safisfaction for the recognition of the grave violations of their human rights that were whitewashed by mainstream media, the OAS, and the US government.