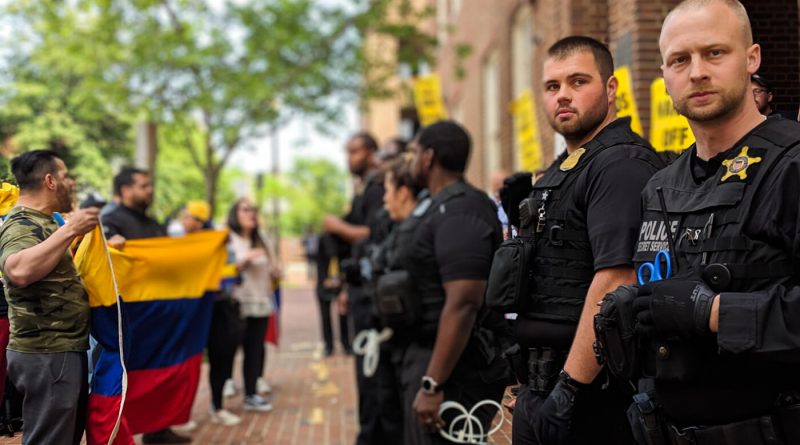 The Venezuelan MFA reported Friday in a statement, that as of September 6, it is taking steps aimed at facilitating consular transactions for Venezuelans in the United States through the electronic channels of the Venezuelan MFA.

A few months ago Chancellor Jorge Arreaza made public a proposal outlined by Venezuela in conjunction with the US proposal of using Switzerland as its counterpart in opening a US Interest Office in Caracas after Venezuela’s decision to break diplomatic relations with that government in response to its illegal support and sponsorship of the regime change operation lead locally by Juan Guaido.

In this diplomatic crisis there are US citizens and Venezuelan citizens caught in the middle, not knowing exactly where to go to solve their mundane consular, visa, and civil registry needs. And in response to that, Venezuela is launching this innovative proposal that thousands of Venezuelan and US citizens will applaud if it is successfully materialized.

Below the contents of the statement:

The portal http://eeuu.embajada.gob.ve actions will be carried out in the areas of Birth Registration, Marriage Registration, Death Registration, Repatriation of mortal remains, Issuance of proof for return to Venezuela for loss of passport, Issuance of travel permit for children and adolescents, Powers and Visas, among others.

It is necessary to remember that, after the rupture of diplomatic relations between both countries announced on January 23, the US Government has breached its obligations established in the Vienna Conventions on Diplomatic and Consular Relations, refusing on the one hand to accept that a third party State takes charge of the interests and consular affairs of Venezuela in the United States, and on the other, encouraging and allowing the illegal occupation and use of the diplomatic and consular offices of the Bolivarian Republic of Venezuela in its territory.

As a consequence, in compliance with its constitutional obligations to ensure the interests of citizens, the Government of the Bolivarian Republic of Venezuela will put into operation this special system for the care of Venezuelans and Venezuelans in the United States, through which the referrals will be provided services and solutions of a practical nature to the requesting persons, always within the framework of what is allowed by international law.

Feature photo | U.S. Secret Service officers stand guard outside the Venezuelan Embassy in Washington, D.C. where activists in support of Juan Guaido have besieged a collective living inside at the invitation of Venezuela’s government. Alexander Rubinstein | MintPress News