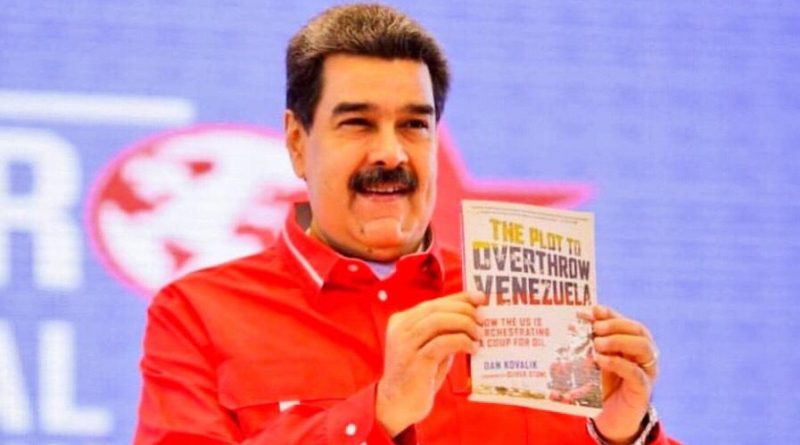 In a special interview for our weekly podcast, Chavista Chronicles from Caracas, Orinoco Tribune had the privilege to interview Daniel Kovalik a few minutes after his speech to an international gathering with union leaders from all over the world.

A few hours after his keynote speech to the 1st International Meeting of Workers in Solidarity with Venezuela (linked below),we arranged this interview we share with you as part of our weekly informative multimedia initiative.

1st International Meeting of Workers in solidarity with Venezuela and the Bolivarian Revolution. #VenezuelaPotencia https://t.co/9EAW4DVbzZ

RELATED CONTENT: Simonovis: From “Agonizing Political Prisoner” to Guaido’s “Strong Man” in the US

The audio interview is divided into two parts. We started from his youth when Kovalik recognized US Imperialism during a visit to Nicaragua, then joining the US Communist Party, and later as a lawyer for the US United Steelworkers Union. Kovalik worked with cases like Sinaltrainal, et al v Coca Cola, et al, filed in 2001, and in 2002, after the Coup D’Etat against Hugo Chavez, he realized that Chavismo was something that should be defended.

Dan said he believes that brigades, like the ones formed during the Spanish Civil War, will be created by US revolutionaries to defend the Bolivarian revolution and the Chavista project. He also ratified that gifting his book to president Maduro in defiance of the US blockade and sanctions was an act of civil disobedience that should be multiplied.

The last part of the interview was dedicated to discussing the US presidential race and how uncertain Donald Trump’s defeat looks (at least under current conditions). He mentioned that the only scenario in which he foresees a Trump’s defeat might be given an economic recession in conjunction with Bernie Sanders winning the Democratic primaries.

We ended talking about the importance of reinvigorating US Solidarity and he mentioned how important it is to work everyday to evangelize and involve younger generations in order to see a change in the US political environment.