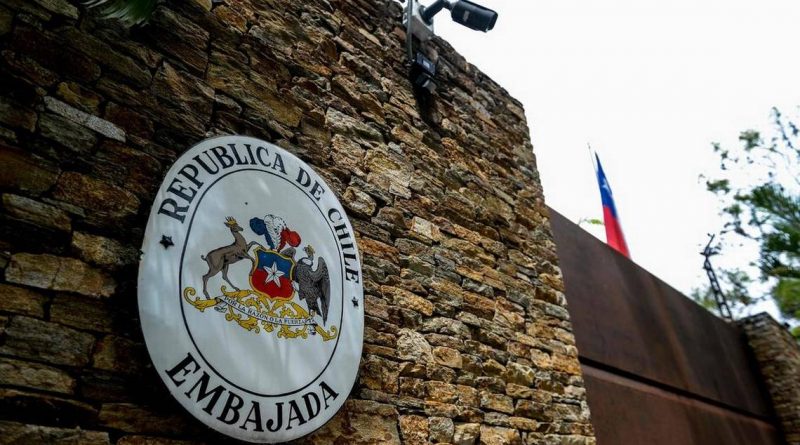 The Foreign Ministry also published a statement , in which they state:

On Friday, September 6, 2019, Venezuelan citizen Manuel Avendaño, Coordinator of the International Office of the President in Charge of Venezuela, Juan Guaidó, entered the Residence of the Embassy of Chile in Caracas in search of protection and has been granted guest status.
Mr. Avendaño’s requested protection is based on known political circumstances. As in previous cases, our country will act according to the legal and humanitarian principles that guide its foreign policy.

RELATED CONTENT: Simonovis: From “Agonizing Political Prisoner” to Guaido’s “Strong Man” in the US
Thus, the Residence of the Embassy of Chile in Caracas has received a total of three Venezuelan citizens as guests. To Mr. Avendaño, guests Freddy Guevara and Roberto Enriquez are added.

On Thursday, Venezuelan Vice President Delcy Rodríguez released a telephone conversation between Vanessa Neumann, a person “appointed” by Guaidó as his representative in the United Kingdom, and external advisor Manuel Avendaño, also “appointed” by the deputy in contempt, where they discuss that the alleged government of Guaidó should renounce any Venezuelan aspiration or claim on the territory of the Essequibo in exchange for obtaining support from Great Britain and Guyana.

RELATED CONTENT: Venezuela Denounces Guaido’s Plans to Lift Territorial Claim over the Essequibo
Rodríguez mentioned that Avendaño is part of “a criminal organization” led by Guaidó and that he works with a political façade to execute an anti-national project. Given these facts, the Public Ministry (MP) initiated a criminal investigation against Avendaño, Vanessa Neumann and Juan Guaidó.

“We began an investigation against Juan Guaidó, Vanessa Neumann and Manuel Avendaño, for allegedly being linked in an illegal negotiation, hidden from the country, about the delivery of the Essequibo territory, as well as our wealth such as oil, coltan, gold, in exchange for political support from the United Kingdom, ” said the Attorney General of the Republic, Tarek William Saab who appointed the 30th Prosecutor’s Office with national competence for this criminal investigation.