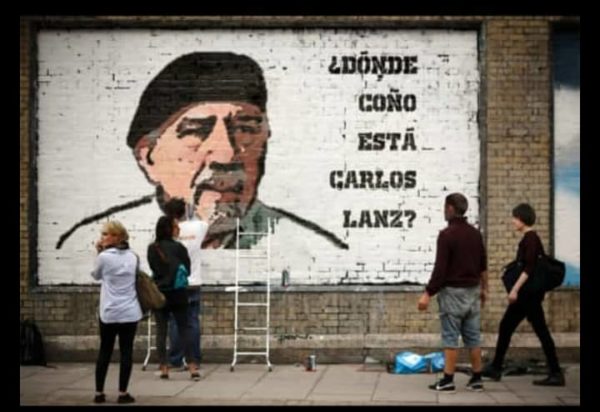 The Venezuelan Public Ministry (MP) created a mixed commission with officials from the Scientific, Criminal and Criminal Investigations Corps (Cicpc), the National Anti-extortion and Kidnapping Command (Conas) and the Bolivarian National Intelligence Service (Sebin) to investigate the disappearance of Carlos Lanz, an incident registered on August 9. The information was released by the Attorney General of the Bolivarian Republic of Venezuela, Tarek William Saab, in a tweet in which he indicated that the commission will be in charge of clarifying the facts to give a response to the Lanz family.

“The Public Ministry, in the face of the disappearance of Professor Carlos Lanz, coordinates a mixed commission CICPC, CONAS and SEBIN to investigate and clarify this unfortunate event: Various procedures have been carried out such as telephone tracking, interviews, inspection of the place of the event, etc. with the aim to determine the truth of the facts and give an effective response to their relatives, friends and acquaintances,” wrote William Saab in his account on the social network Twitter.

The professor and sociologist disappeared from his home in Maracay, Aragua state, without leaving a trace. On August 8, his wife went out like every Saturday to get groceries and when she returned, Lanz was not there. The disappearance occurred between 10 am and 11 am that day, according to the next of kin, who after 24 hours formalized the complaint with the CICPC.

His son, Alex Lanz, ruled out in the networks that the disappearance could be related to a cognitive degenerative disease such as Alzheimer’s or dementia and asserted that his father is fully active. He said to the Sputnik news agency that he does not have any compelling evidence that there was any threat to his father, recognized for his political performance and closeness to Commander Hugo Chávez.

The sociologist was a member of several leftist guerrilla organizations, such as the former Party of the Venezuelan Revolution (PRV) and the Armed Forces of National Liberation (FALN), insurgent groups that operated in the country against the repressive government of then-President Rómulo Betancourt.